TrackTalk is a new feature from the Adafruit music team. In this companion to the MusicMakers Q&A series, we invite artists to take us behind the scenes of a particular track to talk creative process, recording set up, and more. This week we feature the brand new single from London’s Toothpaste. 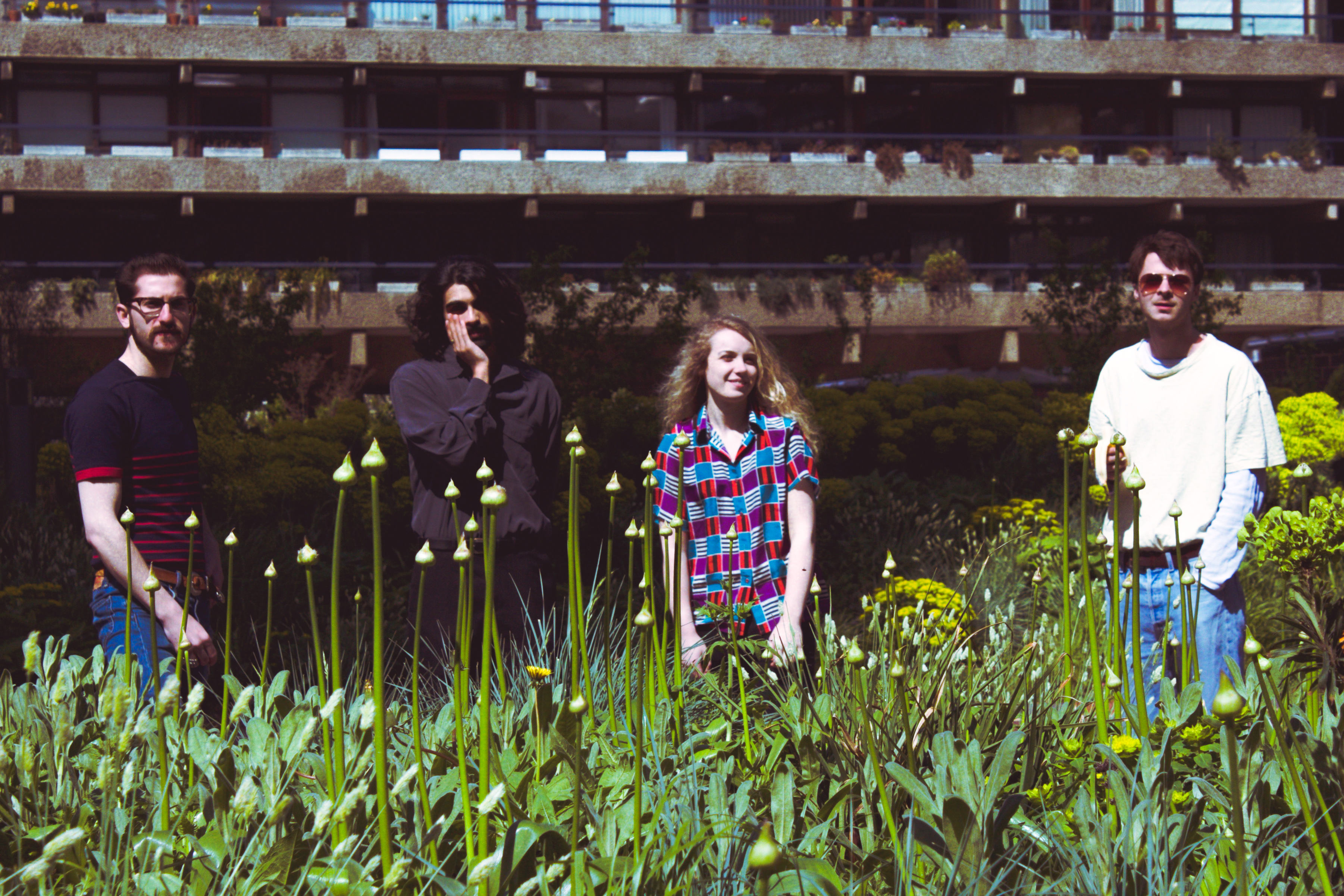 We previously featured London’s Toothpaste back in January in the MusicMakers004 Q&A with their bassist, engineer and producer Daisy Edwards. As a gifted producer, multi-instrumentalist and academic, Edwards is one of the most prolific and experienced people we’ve been able to speak to about recording, gear and the customisation of recording set-ups and creative spaces.

With a new Toothpaste single just released, we were really keen to invite them back to the blog to talk us through the gorgeous “Bedtime” in our new TrackTalk series. Aptly titled, this is a hazy dream of a pop song carrying Amol Prabhu’s refrain of “drift a little deeper into paradise” through a fabulous sonic map of ‘80s pop and new wave. The rhythm section of Edwards and Sami Parisis’ is a real thing of beauty here, providing a thundering backbone for the gentle key flourishes, vocal introspections and exploratory guitar work. Building on 2017’s “TV Years” single, Toothpaste continue to offer something unique and special and it’ll be exciting to see how their deceptively poppy sound develops with whatever comes next. With such an effortless sound you’d likely have no idea of the process and complications involved in putting a piece of art like this together, so we’re doubly excited to have Edwards break down its evolution from solo demo through to mastering and release. So, dig in and get inspired.

Daisy Edwards of Toothpaste on “Bedtime”:

“The initial decision to record ‘Bedtime’ happened way before we actually started – the track had gone from a heavy electronic product of Amol (our vocalist)’s solo side project to one we transformed into a Toothpaste live track that we’ve gigged solidly in hope of recording it for the past 2 years, and finally into the electronic/band hybrid record it is upon release, better late than never.

In terms of vision for the track, Bedtime is a song about the misty-eyed moments of magic you might feel just before you drift off into dreamland. It is an ode to the blissful escape of sleep and the chance of seeing the one you love slip into your room, giving you a sweet send-off towards the shores of slumber. The feeling you get of slipping through the ever expansive layers of consciousness until you land with a gentle bump on the picturesque field of your dormant landscape. Was the one who floated into bed beside you ever really there? Whether in dreams or reality, the mere pretence of their presence was enough to soothe you for the night.

We recorded ‘Bedtime’ in a few sessions earlier this year at my ‘university’ SSR in Camden – which is merely a basement complex of 3 studios. Naturally this was purely out of the fact it was free and had the bonus of being part of my coursework (the track was graded a first, for the record). It’s not exactly got the niche homely recording studio vibe as the entire thing was recorded in the very clinically Avid 5.1 space designed for film composition and mixing, but we think we dug that out of the track anyway.

Bedtime was recorded as a 3 piece of myself, Amol (vocals/guitar) and Sami (drums) during the period before Jack (guitar/keys) joined, so the synthesisers and drum machines were largely recorded at home/the studio by myself or lifted from Amol’s original demo – this gave a lot of freedom for them to be endlessly tinkered with – and as a self confessed synth nerd I did far too much, which is possibly a contribution to why it all took so long.

In terms of real gear, most of the guitars, vocals and what’s left of the drums went through Neve pre-amps via a handful of Neumanns, Sennheisers and a Lot of 57s, the studio doesn’t boast anything too overly fancy, but enough to put too many decent mics on everything then endure the headache of choosing which ones work for the track after (I did).

When it came to mixing the track was a really interesting one, with the influences and intentions of it so clearly electronic in beginnings yet having recorded a whole live band (including 2 drum kits), it was a fraught battle with months of adding, picking and choosing elements of each the band and the synthesized demo to make it a harmonious combination of samples, synths and live recordings – guided with a lot of constant plays to my lecturer and class who are likely sick of the track entirely now. A lot of very stereotypically 80s mixing techniques and effects nicked from the likes of Fleetwood Mac and Eno went into the final thing so trying to make it not sound completely dated without losing Amol’s initial solo track style was massively key, but I think we managed it.

For our final dabble of dreamy sparkle on the track, we got Simon Scott – better known as drummer of Slowdive (personal Toothpaste heroes)/solo ambient-sound ecology gem at KESH, to master it – naturally he did a sterling job of just that for which we are all still very impressed with (and still quite in awe of).

Since then we’ve spent the past 3 months sending countless emails and trying to get it out into the world by ourselves, which we’re very relieved has finally happened.

I think by the end of the whole process we’re all pretty proud of how ‘Bedtime’ has turned out, it took a huge amount of our efforts but stylistically it’s probably the most all- encompassing track of our sound, and happily much more of a pop banger than we ever could’ve imagined. It’s been a really exciting thing to work at getting it perfect and that heavily motivated us into doing all we could with it before we even attempted to try and release it, but we got there in the end – let’s just hope the next one won’t take as long…”

You can also check out Toothpaste’s previous single “TV Years” below:

The “Bedtime” single is out now. 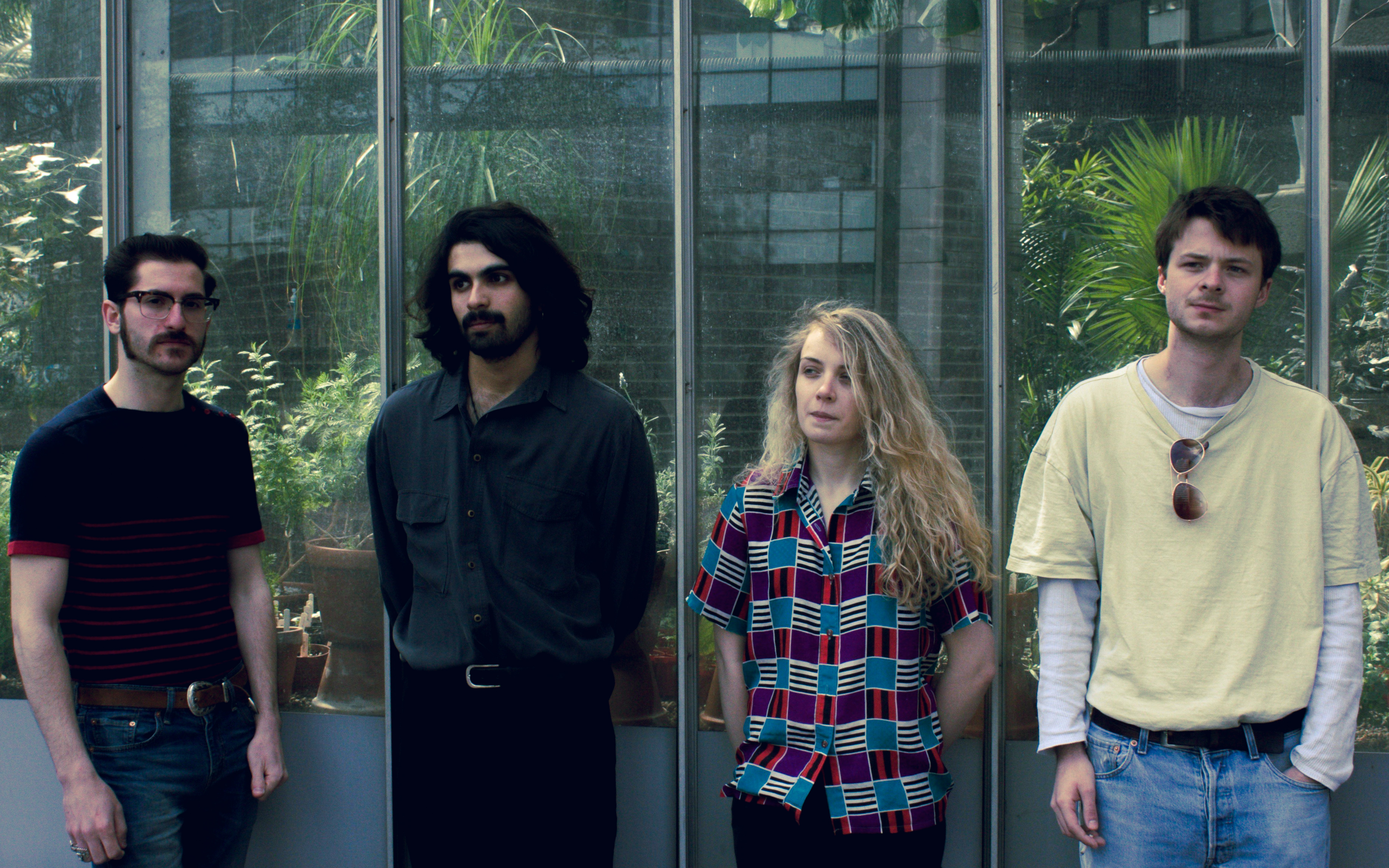 Toothpaste will be playing The Boileroom in Guilford on September 19th and the Rising all-dayer in support of the War Child charity on September 23rd at the Camden Assembly in London.

Comments Off on TrackTalk004: Toothpaste – “Bedtime”