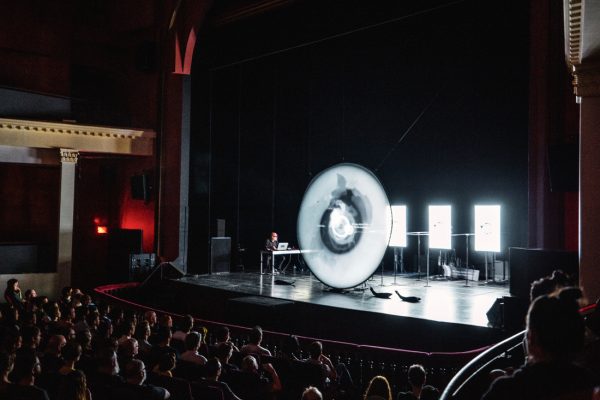 via Art the Science

Herman Kolgen is a multimedia artist based in Montreal, Canada. His performance-based work ISOTOPP made its North American debut at Mutek Montreal this August. ISOTOPP is the culmination of a recently completed two year artist residency at the Large National Heavy Ion Accelerator (GANIL) in France. Here, researchers study heavy ions colliding with their target nuclei, travelling at speeds up to 1/3 of the speed of light. Kolgen’s performance aimed to conceptualize the research led by his scientist-collaborators Jean-Charles Thomas and Thomas Roger through an audiovisual experience. 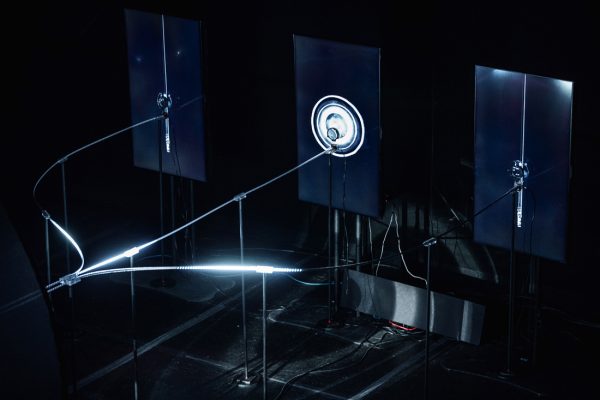 The anticipation for the A/Visions series at Mutek Montreal was palpable. A crowd lined up before the show in the hall outside for a seat to what promised to be a bleeding edge evening of audio/visual experience, including Kolgen’s North American premiere of ISOTOPP.

The light from ISOTOPP was white, stark and cold. The sounds were reminiscent of analog synthesizers, or an oversized dot matrix printer. Kolgen’s performance was both a gruelling and exhilarating experience of raw power. There was no reprieve barring the moment when Kolgen, like a researcher troubleshooting his equipment, stepped away from his workstation flashlight in hand, and carefully approached the disk, which stood prominently at the front of the stage. He demonstrated the use of a light sensor located in the disk’s centre, creating a grinding sonic response as the beam passed over. Soon after, a new threshold was reached, and Kolgen retreated to his workstation while renewed light re-ignited the disk.