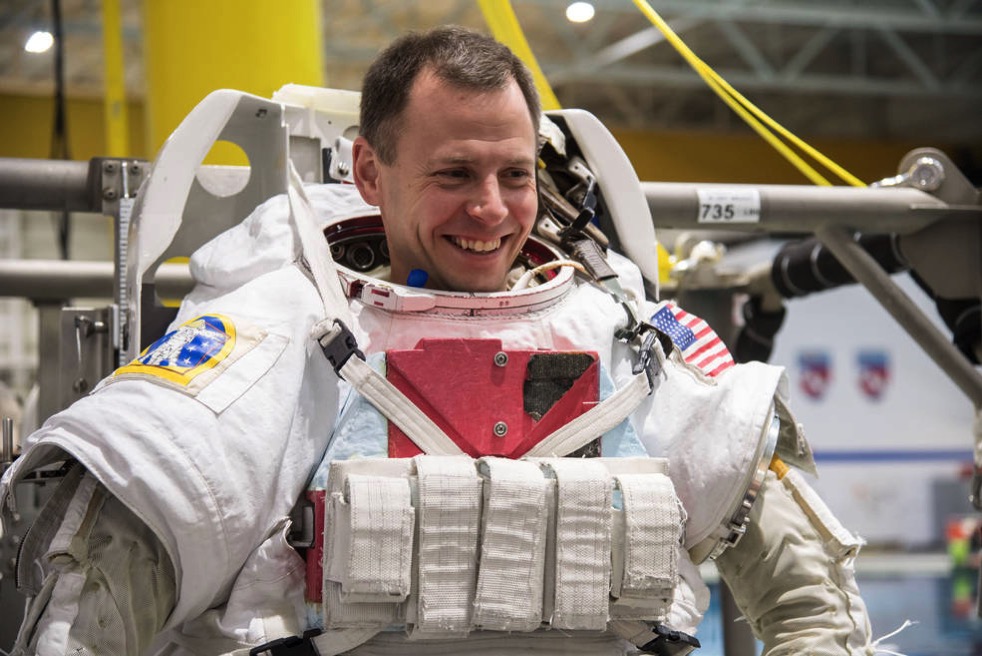 NASA astronaut Nick Hague will be available at 7 a.m. EDT on Wednesday, Sept. 19, for live satellite interviews from Russia before he launches to the International Space Station on his first spaceflight in October.

Hague currently is at the Gagarin Cosmonaut Training Center in Star City, Russia, with his crewmate Alexey Ovchinin of the Russian space agency Roscosmos. They will launch from Baikonur, Kazakhstan, on the Russian Soyuz MS-10 spacecraft at 4:39 a.m. (2:39 p.m. Baikonur time) Oct. 11. They are scheduled to return to Earth in April.

To interview Hague, media must contact Karen Svetaka at 281-483-8684 or [email protected] no later than 3 p.m. Tuesday, Sept. 18. Media participating in the interviews must tune in to the NASA TV Media Channel (NTV-3). Satellite tuning information is available at:

Leading up to the interviews on Sept. 19, NASA TV will air highlights from Hague’s training beginning at 6:30 a.m.

Hague is a native of Hoxie, Kansas, and a colonel in the U.S. Air Force. He is part of the 2013 NASA astronaut class and will be the first of his class to go to space. Prior to his selection, he was part of the Air Force Fellows program in Washington, where he worked as an adviser to the U.S. Senate on matters of national defense and foreign policy.

After a six-hour journey to orbit, Hague and Ovchinin will arrive at the station and join fellow NASA astronaut Serena Auñón-Chancellor, Expedition 57 Commander Alexander Gerst of ESA (European Space Agency), and Sergey Prokopyev of Roscosmos, bringing the station’s crew complement to five.

During a planned six-month mission, station crew members will take part in about 250 research investigations and technology demonstrations not possible on Earth to advance scientific knowledge of Earth, space, physical and biological sciences. Science conducted on the space station continues to yield benefits for humanity and will enable future long-duration human and robotic exploration into deep space, including the Moon and Mars.

They’re also expected to be onboard the space station during the first uncrewed test flights of the SpaceX Crew Dragon and Boeing CST-100 Starliner as part of NASA’s Commercial Crew Program, which will return astronaut launches to U.S. soil.