1792 – A group of thieves steal the Hope Diamond and other jewels from the Royal Storehouse in France. 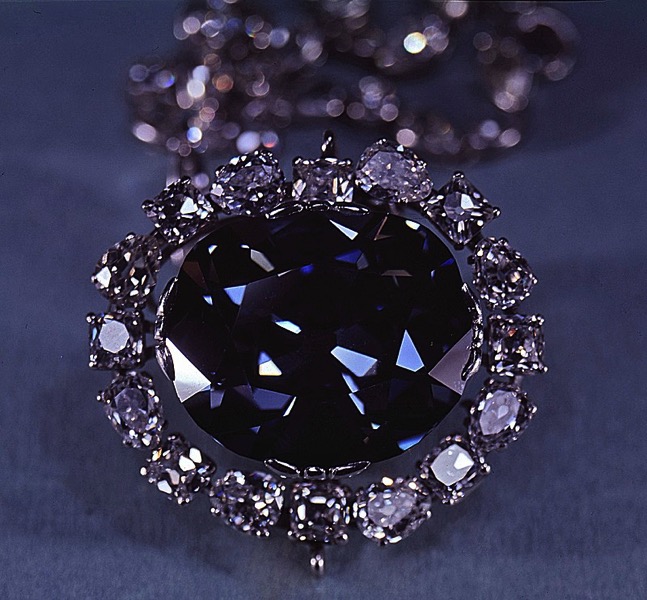 On September 11, 1792, while Louis XVI and his family were imprisoned in the Temple in the early stages of the Reign of Terror during the French Revolution, a group of thieves broke into the Royal Storehouse, the Hôtel du Garde-Meuble de la Couronne (now Hôtel de la Marine), and stole most of the Crown Jewels during a five-day looting spree.[13] While many jewels were later recovered, including other pieces of the Order of the Golden Fleece, the French Blue was not among them and it disappeared from history.[10] On 21 January 1793, Louis XVI was guillotined and Marie Antoinette was guillotined on 16 October of the same year: these beheadings are commonly cited as a result of the diamond’s “curse”, but the historical record suggests that Marie Antoinette had never worn the Golden Fleece pendant because it had been reserved for the exclusive use of the king.[citation needed]

A likely scenario is that the French Blue, sometimes also known as the Blue Diamond,[13] was “swiftly smuggled to London” after being seized in 1792 in Paris.[13] But the exact rock known as the French Blue was never seen again, since it almost certainly was recut during this decades-long period of anonymity,[13] probably into two pieces, and the larger one became the Hope Diamond. One report suggested that the cut was a “butchered job” because it sheared off 23.5 carats from the larger rock as well as hurting its “extraordinary lustre.”[13] It had long been believed that the Hope Diamond had been cut from the French Blue[34] until confirmation finally happened when a three-dimensional leaden model of the latter was rediscovered in the archives of the National Museum of Natural History in Paris in 2005. Previously, the dimensions of the French Blue had been known only from two drawings made in 1749 and 1789; although the model slightly differs from the drawings in some details, these details are identical to features of the Hope Diamond, allowing CAD technology to digitally reconstruct the French Blue around the recut stone.[35][36] Historians suggested that one robber, Cadet Guillot, took several jewels, including the French Blue and the Côte-de-Bretagne spinel, to Le Havre and then to London, where the French Blue was cut in two pieces. Morel adds that in 1796, Guillot attempted to resell the Côte-de-Bretagne in France but was forced to relinquish it to fellow thief Lancry de la Loyelle, who put Guillot into debtors’ prison.

1826 – An ex-freemason Captain William Morgan is arrested in New York for debt after declaring that he would publish The Mysteries of Free Masonry, a book against Freemasonry. This sets into motion the events that lead to his mysterious disappearance.

Since Masons place their hands on a Bible and promise not to reveal the passwords and grips of the degrees, several members of the Batavia lodge published an advertisement denouncing Morgan for breaking his word by authoring the book. An attempt was also made to set fire to Miller’s newspaper office and print shop.[26] On September 11, 1826, Morgan was arrested for supposed nonpayment of a loan and allegedly stealing a shirt and a tie;[27] according to the laws of the time he could be held in debtors’ prison until restitution was made, which would have made it more difficult to publish his book.[28] Morgan was jailed in Canandaigua, and when Miller learned of this, he went to the jail to pay the debt and secure Morgan’s release. Morgan was released, but then re-arrested and charged with supposedly failing to pay a two dollar tavern bill.[29] While the jailer was away, a group of men convinced his wife to release Morgan;[30] they walked to a waiting carriage, which arrived two days later at Fort Niagara.[16] Shortly afterwards, Morgan disappeared. 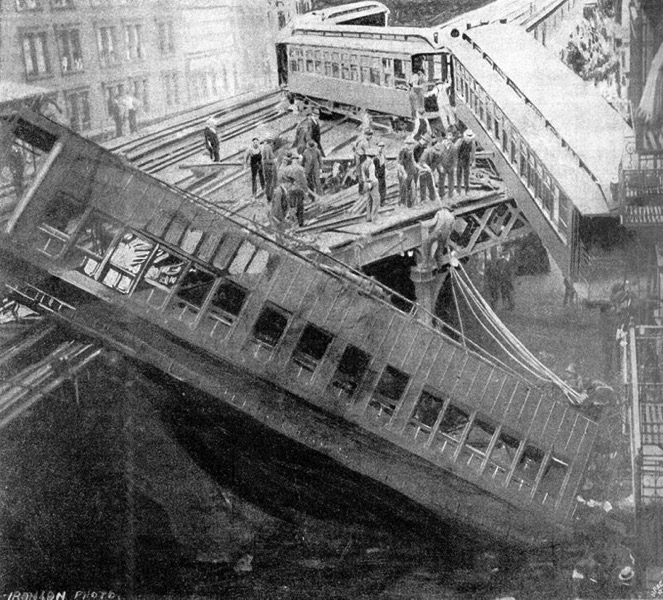 During the morning rush hour on September 11, 1905, a Ninth Avenue train following a Sixth Avenue train was mistakenly switched onto the curve.[4] The train was traveling at 30 miles per hour (48 km/h) when it entered the sharp curve, for which 9 miles per hour (14 km/h) was the company-mandated limit. The motorman, Paul Kelly, realizing the error, braked quickly. The lead car remained on the tracks but the second was thrown right off the trestle and down to the street, coming to rest with one end on the ground and the other across the third rail on the trestle, which sparked an electrical fire. The roof was torn off and some passengers were crushed under the car by a falling truck and motor equipment from the third car, which came to rest hanging off the edge of the trestle against the front of an apartment building, into which some passengers were able to escape through a window.[6][8] The rest of the train also derailed but continued down the trestle along Ninth Avenue. The death toll was 13, and 48 serious injuries in the second car.[1] A police officer who had been standing in the street was also injured. 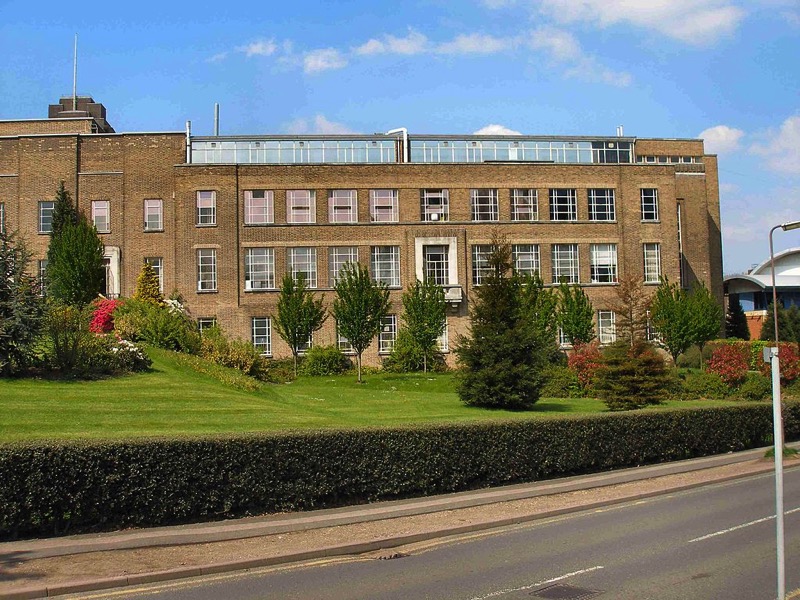 Born in March 1938, Parker was the only daughter of Frederick and Hilda Witcomb (née Linscott). She was married to Joseph Parker, a Post Office engineer, and lived in Burford Park Road, Kings Norton, Birmingham, UK. After several years as a police photographer she joined the University of Birmingham Medical School, where she was employed as a medical photographer in the Anatomy Department. Parker often worked in a darkroom above a laboratory where research on smallpox viruses was being conducted.[5]

Smallpox is an infectious disease unique to humans, caused by either of two virus variants named Variola major and Variola minor. The last naturally occurring infection was of Variola minor in Somalia in 1977. At the time of Parker’s death, a laboratory at University of Birmingham Medical School was conducting research on variants of smallpox virus known as “whitepox viruses”,[13] which were considered to be a threat to the success of the World Health Organisation’s smallpox eradication programme.

Ward 32 at East Birmingham Hospital where Parker was admitted in 1978. The building, which comprised Wards 31 and 32, has since been demolished.

On 11 August 1978, Parker (who had been vaccinated against smallpox in 1966[4][15], but not since[4]) fell ill; she had a headache and pains in her muscles. She developed spots that were thought to be a benign rash,[10] or chickenpox.[1] On 20 August at 3 pm, she was admitted to East Birmingham (now Heartlands) Hospital and a clinical diagnosis of Variola major, the most serious type of smallpox, was made by consultant Alasdair Geddes. 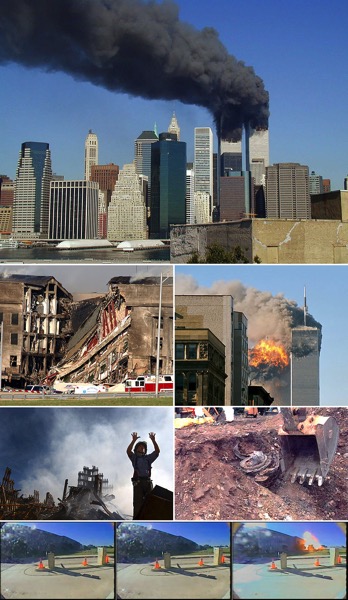