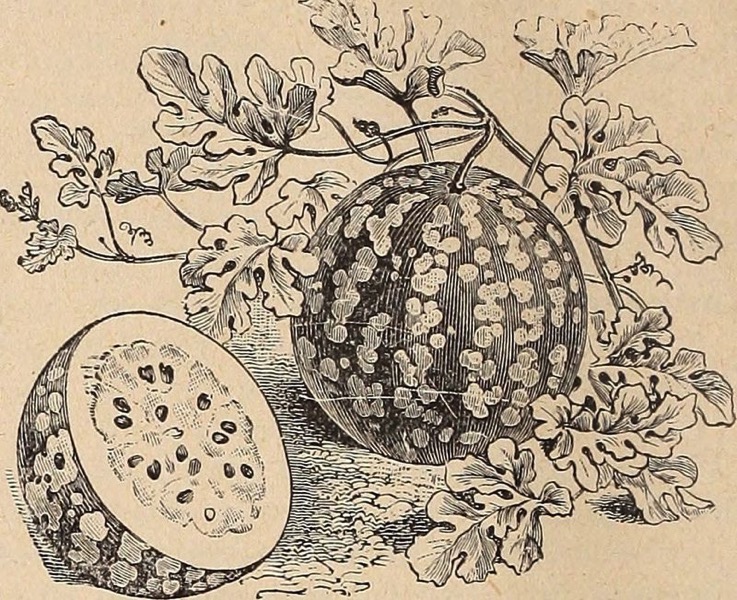 Who knew the watermelon had such an interesting history?

Before it became the sweet summertime treat it is today, the watermelon was one foul, functional fruit. In fact, the wild watermelons of ancient times would hardly be recognizable to even the most seasoned Citrullus connoisseurs of today. Firm, seedy, and pale green on the inside, they were characterized by their bland or bitter taste. But despite their rather unpalatable flesh, they were evidently important fruits to keep around. In fact, they were cultivated for hundreds of years before they began to taste like something worth plating.

Native to Africa, watermelons have been grown throughout the continent since ancient times. In southwest Libya, 5,000-year-old seeds were excavated, and watermelon remnants from 1500 B.C. have been discovered in the foundational deposits beneath walls of a Sudanese temple. Archeologists have also found seeds and paintings of various species of watermelon in ancient Egyptian tombs dating back from as long as 4,000 years ago. These species include wild watermelons, as well as the oblong predecessors of the “dessert” watermelon.

But if not a flavorful fruit, what were these watermelons good for? According to the work of Harry S. Paris, a horticulturalist at the Agricultural Research Organization in Israel, ancient Egyptians likely harvested the round fruit for its water. Wild, or “spontaneous” plants, Paris writes, can be sources of clean water during the long, dry season, and can provide food for livestock and animals.