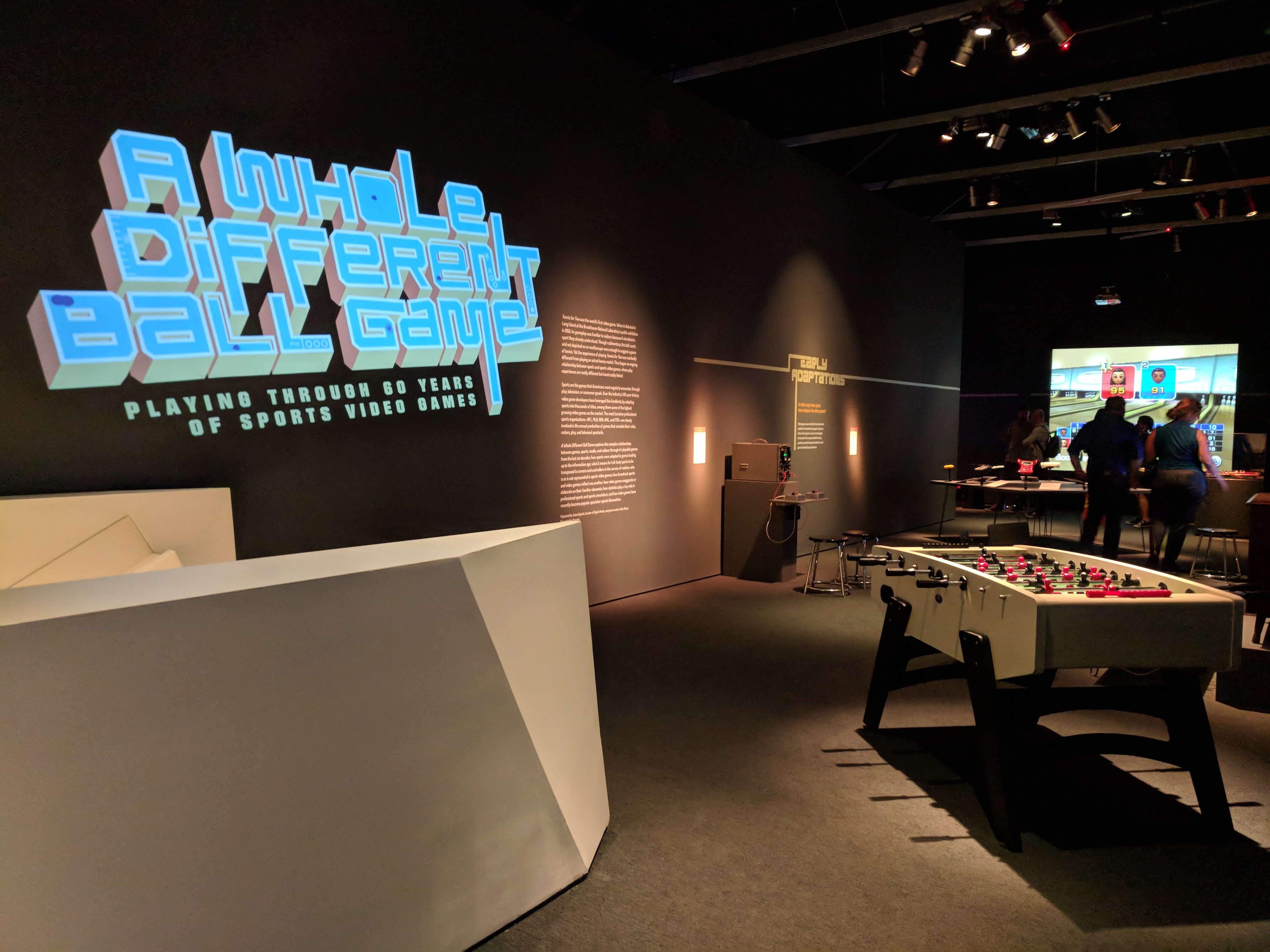 A Whole Different Ball Game is on view at the Museum of the Moving Image through March 19, 2019 — so there’s plenty of time to see it between now and then (like maybe this upcoming week when you’re in town for World Maker Faire 😉 perhaps). There’s a bunch of familiar – to you and me – gaming equipment like Coleco and Tandy handhelds, Atari and Commodore systems, and old (actually old) PCs running Windows 98 and even ME for platform-specific titles. Many of the exhibitions games are playable & interactive, along with some analog counterparts (like baseball scoring cards) and other board systems on display. The highlight of the show is Tennis for Two playable on a DuMont Type 304-A oscilloscope, the original video game dating from 1958!

A Whole Different Ball Game presents a selection of more than 40 playable sports video games spanning the last six decades, examining the complex relationships between game, sport, media, and culture. Despite the widespread prevalence of video games today, sports are still the games that Americans most regularly encounter, whether on television, via apparel and other consumer goods, or through play, including organized leagues and pickup games. Video game developers leverage this familiarity by producing some of the highest grossing titles on the market. The most lucrative professional sports leagues—NFL, NBA, FIFA, MLB, and NHL—are closely involved in the annual production of games that simulate the rules, rosters, and visual experiences of their play and, just as important, their televised spectacle.

Thousands of video games over the industry’s 60-year history have adapted these and dozens of other sports, sometimes exaggerating or elaborating on their familiar elements. The exhibition considers what it means for full-body sports to be transposed to screens and controllers in the service of realism, who is or isn’t represented in sports video games, the ways broadcast sports and video games reflect one another, and the primacy of statistics in professional sports and sports simulators. The exhibition also considers how video games have recently become sports themselves, creating passionate communities and cultures of competition that were once only the domain of sports.