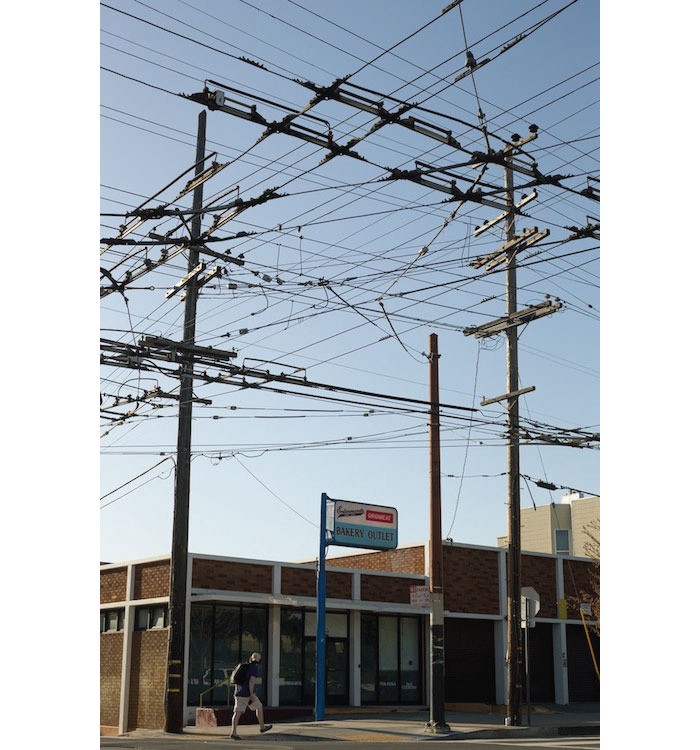 Update: 12/2/2018 – We were contacted regarding this post and it may have been an April fools posting.

If you’ve ever been to San Francisco then you know the look of the city’s Municipal Railway’s network of overhead cable lines (above). Sierra Hartman reports for the Bold Italic on “Jon” and his “MUNI PWR” license plated “Franken-car” that draws power from the city’s cable lines: 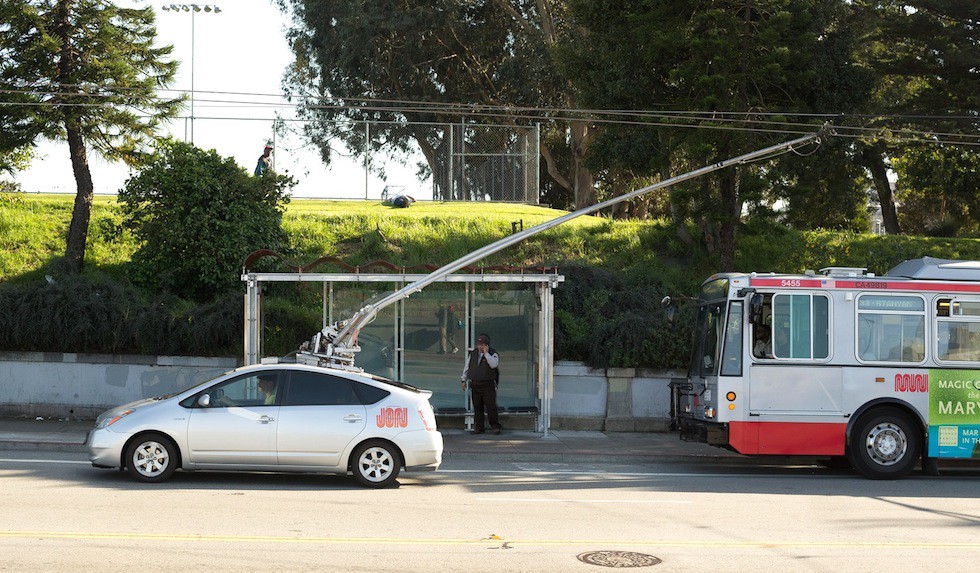 A couple months ago I was walking out of Golden Gate Park onto Fulton around 8th Avenue. I stepped onto the sidewalk just in time to see a Prius roll by with a pair of giant antennae mounted on the roof. At first I thought it was just some kind of art-car getup, but then I realized the antennae was the same power pole doodad that MUNI buses use (I later learned they’re called “trolley poles”). Not only that, they were actually running along the overhead power cables for the 5 line.”

Two weeks ago I was in the Safeway parking lot at 16th and Bryant when I saw the driver again. This time I was on my motorcycle and happened to have my camera. I snapped a few shots as he passed the bus stop, then jumped on my bike and followed him east on 16th. I caught up to him a few blocks later at Kansas. Before I even dropped into first gear I could hear Foghat blaring out the windows, “Sloow riide, take it easy…”

I pulled up behind him and noticed his fantastically appropriate license plate: MUNI PWR. I sidled up next to the open driver’s side window and shouted over the music, “Hey, man! Are you actually running on the power lines with that thing?”