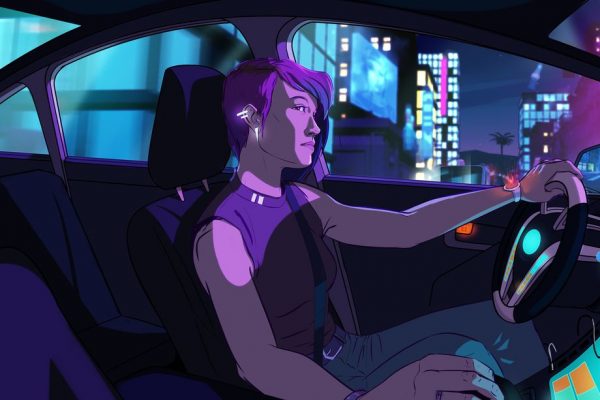 Visual novels have long ventured to places that more mainstream games avoid. A genre-cum-medium of interactive stories that often feature static anime-influenced art, they also tend to be more diverse than more mainstream titles — including how they depict queer relationships. Even before programs like Twine democratized game design, visual novels offered a lightweight process for development that allowed lone creators to put together a playable story. All they needed was the free RenPy engine and some art.

Back in July, Adam Koebel, the award-winning creator of the tabletop RPG Dungeon World, tweeted, “can we please have more queer games that aren’t visual novels? signed, a queer person who does not like visual novels.” He held up the punky road-trip combat game Get in the Car, Loser! as an example of a video game that met his requirements, only for its creative lead Christine Love, an award-winning developer, to pop in and say:

“I don’t think I’m the developer you want to hold up if you don’t like visual novels. My earlier game Analogue was the first visual novel on Steam, and frankly, I think Get in the Car, Loser! would be a pretty lifeless game if not for all the visual novel influences in its design.”