The Computers That Changed the World 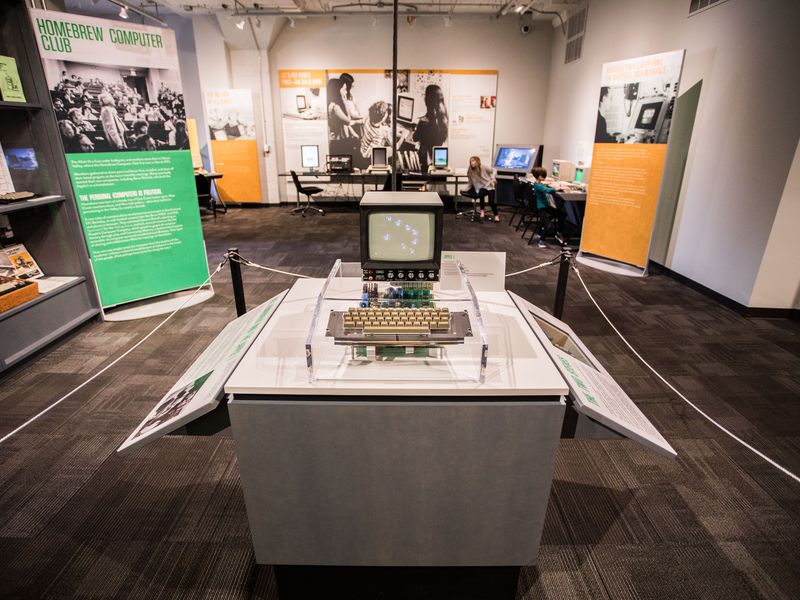 It took six years of work before the museum opened in 2012, and then in 2016 it expanded by debuting a top floor for interactive future-tech exhibits: robotics, virtual reality, augmented reality, artificial intelligence, big data and autonomous cars. But it’s the bottom floor, the vintage exhibits, that draw the most attention and steal the curators’ hearts.

Visitors can use any of the 56 operational vintage machines in the museum, from Cold-War-era supercomputers to the Gateways and Dells that made home computing normal by the late ’90s, and experience their period software, such as Windows 3.1, Apple’s original graphical user interface (GUI), the earliest word processor and spreadsheet programs, and hundreds of ancient video games. And because touching the exhibits is encouraged, they’re free to inspect and examine the hardware as far as their curiosity takes them, even if the curators say visitors don’t often know how to use floppy disk drives.

Most of the personal computers and mainframes are very reliable. Getting them working is the hard part. “Old transformers have a habit of catching on fire, and degraded capacitors can explode,” says Carlson. They replace them with more modern power supply parts, load up the operating system and software, and by the time they’re done they expect a lifespan of 100 years for each computer, except for the most ancient supercomputers, which need constant upkeep.

Comments Off on The Computers That Changed the World