Women Built London’s Waterloo Bridge, But It Took These Photos to Prove It 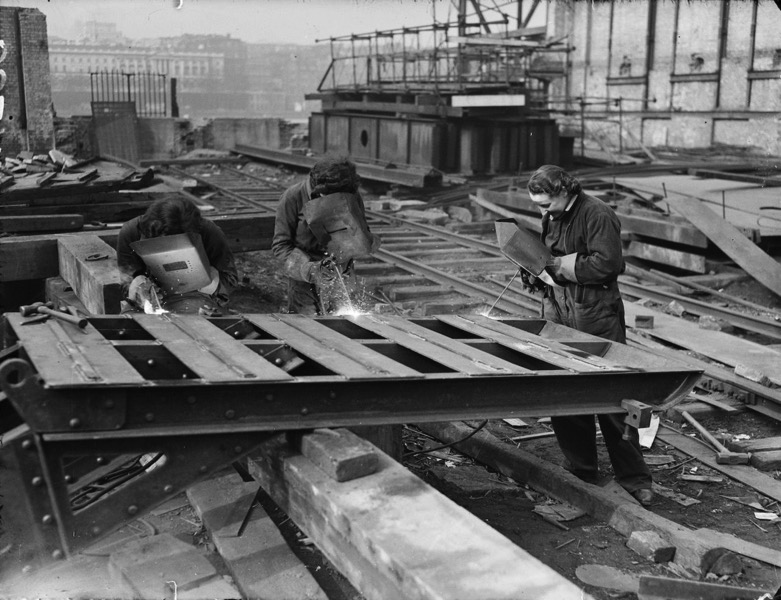 Nice write-up from Atlas Obscura on the new documentary The Ladies Bridge, by filmmaker Karen Livesey.

For more than half a century, it was just a rumor. As London’s river boat pilots passed by Waterloo Bridge (“The Ladies’ Bridge,” as some of them called it) they’d tell a story about the women who had built the bridge during World War II. But the idea that women had been largely involved in building Waterloo Bridge wasn’t included in any official history of the structure, or detailed in any records. During the new bridge’s opening ceremony, on December 10, 1945, then-Deputy Prime Minister Herbert Morrison had declared that “the men that built Waterloo Bridge are fortunate men.” It wasn’t until 2015 that the hard work of these women could be confirmed, by the historian Christine Wall, thanks to a series of photographs she found.

Eight years prior to her discovery, Wall had collaborated with the filmmaker Karen Livesey on a documentary called The Ladies Bridge. It explores the stories of women working on Waterloo Bridge and records first-hand the experiences of a variety of wartime workers who were women. “There was jobs galore. There was absolutely jobs galore. You could go anywhere,” recounts one woman in the film.

Comments Off on Women Built London’s Waterloo Bridge, But It Took These Photos to Prove It