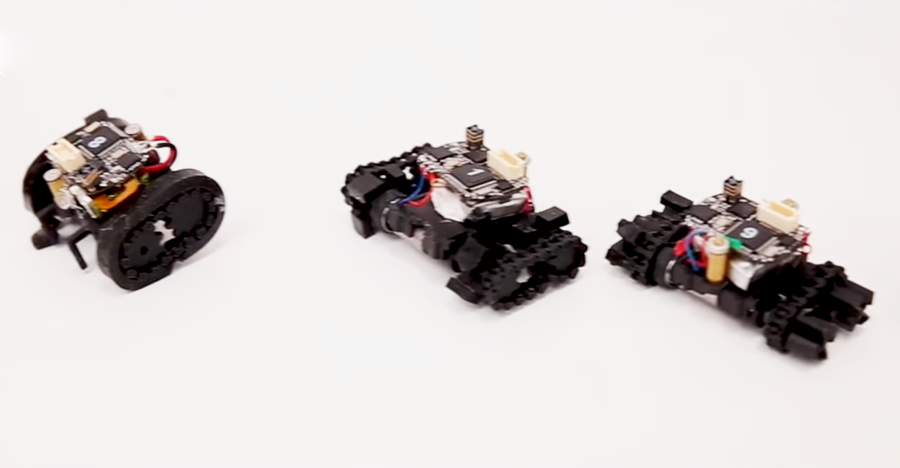 MIT researchers are working on a palm-sized bipedal robot called Skinbot that crawls over your body using suction-cup feet. As creepy as it may sound, the tiny robot is actually designed to capture a wide variety of body parameters with an exchangeable multipurpose sensing module.

“The idea is making wearable robots that move around your body, kind of like small robotic companions that help you,” Artem Dementyev, a Ph.D. student in the MIT Media Lab’s Responsive Environments Group, told Digital Trends. “We see this kind of relationships in nature already. The goal is to look at new ways at wearable devices, as not just static devices such as watches. The “epidermal robots” attach directly to the skin using suction cups, kind of like the suction cups for massage. It is the first robot that can climb on the skin. We already have robots that autonomously explore Mars, so why not have robots that can explore ourselves?”

The researchers based their study on semi-autonomous robots that explore challenging environments such as rubble of natural disasters, the bottom of the oceans, or distant planets like Mars. They decided to create a similar robot that can explore the human body.

To capture as many body parameters as possible, the researchers created several modules containing a 3-axis accelerometer, a skin-facing RGB camera, and a magnet-based grip to allow the attachment of other existing biosensors. To help increase the sensing capabilities, they modified the cups to serve as electrodes and capture electrodermal activity from the wrist or electrocardiograms from the chest.