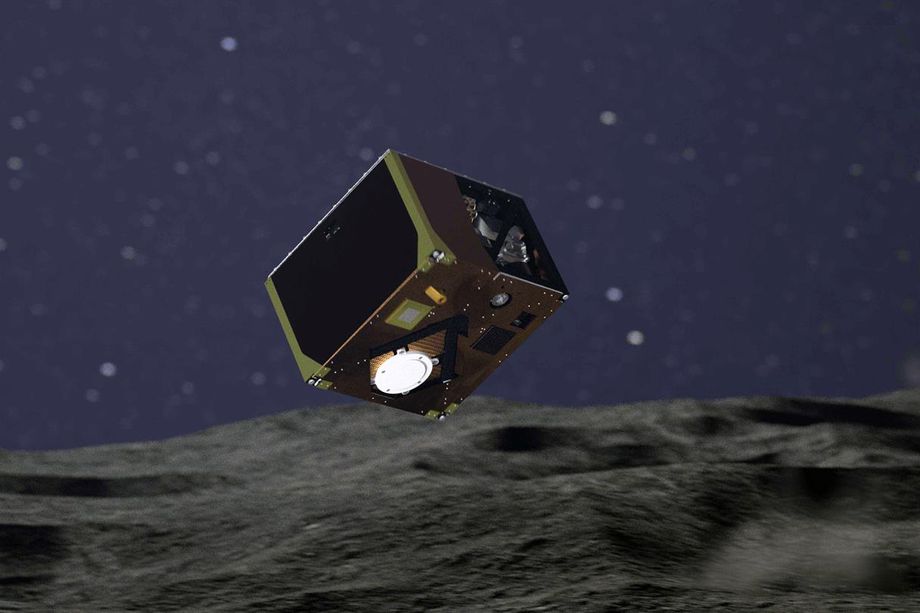 Overnight, Japan’s asteroid-sampling spacecraft Hayabusa2 deployed its third robot onto the surface of an asteroid named Ryugu more than 186 million miles from Earth. This time, the robotic explorer is a tiny, box-shaped lander crafted by Germany and France’s space agencies, dubbed MASCOT. While on the asteroid, the robot will hop around slowly and study the surface in detail, measuring things like temperature and the composition of nearby rocks.

The landing comes less than two weeks after Hayabusa2 also dropped a pair of tiny cylindrical rovers on Ryugu’s surface. That marked the first time that any kind of mobile robot had landed on an asteroid. The two rovers, named Rover-1A and 1B, don’t have wheels; instead, they “hop” around the surface, thanks to internal motors that shift their momentum. These hops are slow, though, taking 15 minutes to complete. That’s because Ryugu is just a little more than half a mile across, and it doesn’t have a very strong gravitational pull. Since their landing, the rovers have been hopping around gathering stunning images of the asteroid’s surface.