How Do You Find an Alien Ocean? Margaret Kivelson Figured It Out. 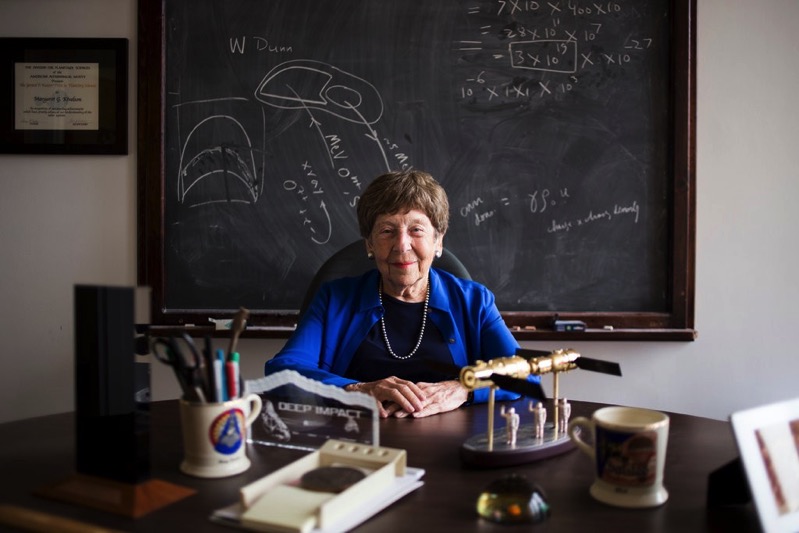 Great piece from The New York Times highlighting the work of Margaret Kivelson.

The data was like nothing Margaret Kivelson and her team of physicists ever expected.

It was December 1996, and the spacecraft Galileo had just flown by Europa, an icy moon of Jupiter. The readings beamed back to Earth suggested a magnetic field emanating from the moon. Europa should not have had a magnetic field, yet there it was — and not even pointed in the right direction.

“This is unexpected,” she recalled saying as the weird data rolled in. “And that’s wonderful.”

It would be the most significant of a series of surprises from the Jovian moons. For Dr. Kivelson’s team, the mission should not have been this exciting.

She and her colleagues had devised the magnetometer returning the anomalous data. The instrument’s job was to measure Jupiter’s massive magnetic field and any variations caused by its moons. Those findings were likely to interest space physicists, but few others. Dr. Kivelson’s instrument was never supposed to change the course of space exploration.

Comments Off on How Do You Find an Alien Ocean? Margaret Kivelson Figured It Out.