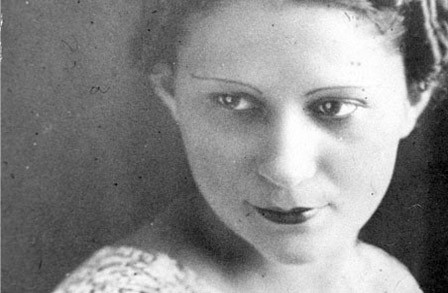 via the Poetry Foundation

The eldest of thirteen children, poet Julia Constanza Burgos Garcia was born in Carolina, Puerto Rico, and grew up in the barrio of Santa Cruz. She earned a teaching certificate at the University of Puerto Rico, and worked as a teacher at the Barrio Cedro Arriba in Naranjito before moving to New York, where she worked as a journalist, and then Cuba, where she pursued further studies at the University of Havana. Returning to New York after two years in Cuba, de Burgos served as the art and culture editor for the progressive newspaper Pueblos Hispanos.

Predating the Nuyorican poetry movement, de Burgos’ poems engage themes of feminism and social justice. In a 2011 profile of de Burgos for Ms. Magazine’s blog, Vanessa Perez Rosario states, “De Burgos was an ambitious and brilliant woman who worked diligently on two fronts—to establish herself as a writer of international acclaim and to eradicate injustice. Her feminist politics and her Afro-Caribbean ideas allow us to read her as a precursor to contemporary U.S. Latina/o writers.”

Read more about her in The New York Times