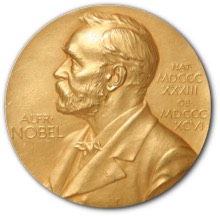 Economist Paul Romer, a co-winner of the 2018 Nobel Prize in economics, is many things.

He is one of most important theorists on the drivers of economic growth. He is an ex-World Bank chief economist. He is a supporter of clear academic writing. He is the chief evangelist for charter cities—small jurisdictions within a country that operate autonomously of the national government—as a way to encourage better governance. But perhaps most notably for a 62-year-old economist of his distinction, he is a user of the programming language Python.

As Romer explained in an April 2018 blog post, in an effort to make his own work transparent, he tried to use Mathematica to share one of his studies in a way that anyone could explore every detail of his data and methods. It didn’t work. He says that Mathematica’s owner, Wolfram Research, made it too difficult to share his work in a way that didn’t require other people to use the proprietary software, too. Readers also could not see all of the code he used for his equations.

Instead of using Mathematica, Romer discovered that he could use a Jupyter notebook for sharing his research. Jupyter notebooks are web applications that allow programmers and researchers to share documents that include code, charts, equations, and data. Jupyter notebooks allow for code written in dozens of programming languages. For his research, Romer used Python—the most popular language for data science and statistics.

Importantly, unlike notebooks made from Mathematica, Jupyter notebooks are open source, which means that anyone can look at all of the code that created them. This allows for truly transparent research. In a compelling story for The Atlantic, James Somers argued that Jupyter notebooks may replace the traditional research paper typically shared as a PDF.

Wow, this is a big deal – we’ve seen many students and professionals move away from MatLab, Mathematica, PDFs, etc. and specifically to Python & Jupyter notebooks.