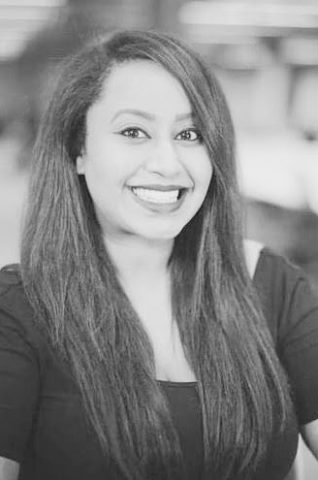 Elen Awalom is a pioneer in her own right and is doing great things in the tech industry.

My name is Elen Awalom and I work in the technology industry, currently as the COO of an early stage tech startup called WeRide. WeRide is a social networking platform for social changemakers backed by Google.org. I transitioned into the tech sector seven years ago after teaching myself to code. Prior to this shift, I worked in the health & wellness industry, both in healthcare management and as the co-founder of a holistic wellness & creative consulting business. I am also a serial technology entrepreneur, public speaker and Cryptocurrency investor.

In the Spring of 2013, I relocated to San Francisco (again!) to attend courses in full stack web development as part of General Assembly’s second cohort. Later that Summer, as I continued immersing myself in the world of Ruby on Rails, I began working on a health tech startup, AfriHealth, combining my passion for healthcare and technology. That Fall, I was recognized as a DigitalUndivided FOCUS100 fellow and I attended the two day conference for honorees. There I was able to hone in on my startup and decided to pivot to Curatoric. Curatoric was a platform developed to purchase the artwork of Black creatives from the African continent and Diaspora. While I continued to work on Curatoric, I also began informally organizing around issues pertaining to underrepresented women of color in STEM. Later, I would go on to found The Ola Initiative.

She is also the founder of The Ola Initiative.

Since launching in Spring 2015, we’ve provided opportunities for networking, professional development, and growth opportunities for underrepresented women of color in the technology sector. The group assembled in response to the relative invisibility of Black, Latina, Pacific Islander & Native women in discussions about diversity in tech & in positions of leadership in the industry.

Read more about her and the great things happening at The Ola Initiative!