Jedidah Isler is an Astrophycist and was the first African American woman to earn a PhD from Yale in astrophysics. In addition to studying “hyperactive, supermassive black holes” Isler advocates for inclusivity in STEM. 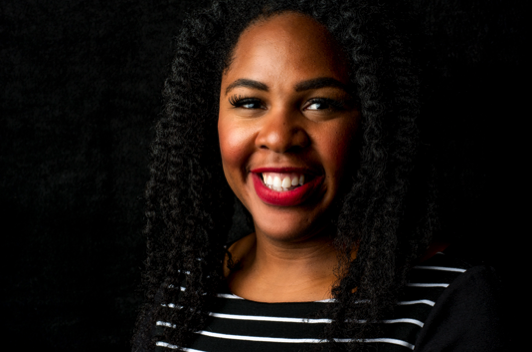 Jedidah Isler has been staring at the stars since she was 11 or 12. But because neither her undergraduate college or the university where she got her first master’s degree offered astronomy majors, she threw herself wholeheartedly into physics. It wasn’t until she entered a doctoral program that she was able to dedicate her time to the studying the night sky. In 2014, she became the first African-American woman to receive a Ph.D in Astrophysics from Yale.

Isler studies blazars — supermassive hyperactive black holes at the center of galaxies, some of which emit powerful streams of particles. Sometimes these are oriented toward Earth, offering us a unique perspective on the physics of the universe. Isler is a Chancellor’s Faculty Fellow in Physics at Syracuse University. She participates in the Future Faculty Leader program at Harvard’s Center for Astrophysics and was named a 2015 TED Fellow.

Isler is also interested in breaking down barriers that prevent many students — especially women of color — from becoming scienists. She works to make STEM accessible to new communities.