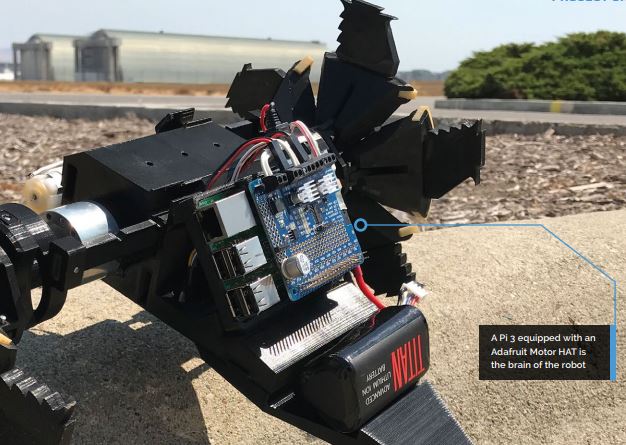 Via the MagPi and NASA’s Al Bencomo – this amazing robot, named FRILLER, changes the shape of its wheels to overcome obstacles.

The idea was inspired by the STAR robot from UC Berkeley and some of the research done at NASA/JPL, which includes prototypes of collapsible robots and robots with tails.

The first proof-of-concept trial had a tendon-like connector in order to tension the wedges in one state or the other. However, the latest version relies on interlocking sections, which can be 3D-printed without having to print support structures.

Some of the parts used:

All the 3D print STL files and code are open-source if you want to build your own: magpi.cc/pYSbeV.