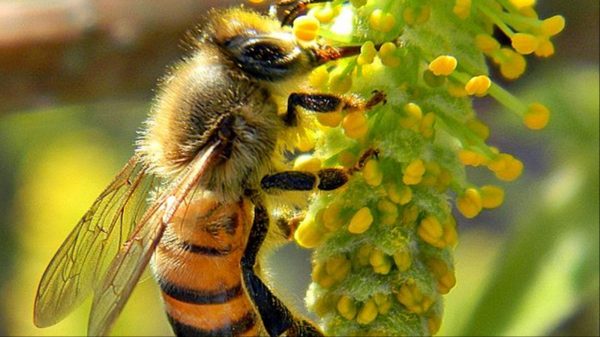 On August 21, 2017, an estimated 215 million people across America watched a total solar eclipse, either in-person or online. But humans weren’t the only animals that dropped what they were doing to experience the eerie moments of totality, when the Moon fully obscures the Sun.

A study published Wednesday in The Annals of the Entomological Society of America shows that bees at several locations in the US became suddenly quiet and still as the Moon’s shadow swept over them.

“We anticipated, based on the smattering of reports in the literature, that bee activity would drop as light dimmed during the eclipse and would reach a minimum at totality,” lead author Candace Galen, professor of biological sciences at the University of Missouri, said in a statement. “But, we had not expected that the change would be so abrupt, that bees would continue flying up until totality and only then stop, completely. It was like ‘lights out’ at summer camp! That surprised us.”