TasteMakers is a new feature from the Adafruit Music team. In this sister series to MusicMakers, we will be talking to music writers, bloggers, record labels and brands about creative spaces, technology and DIY, as well as what inspires them and keeps them motivated to support and amplify the creators in their communities. This week we’re talking to UK based record label Alcopop! Records. 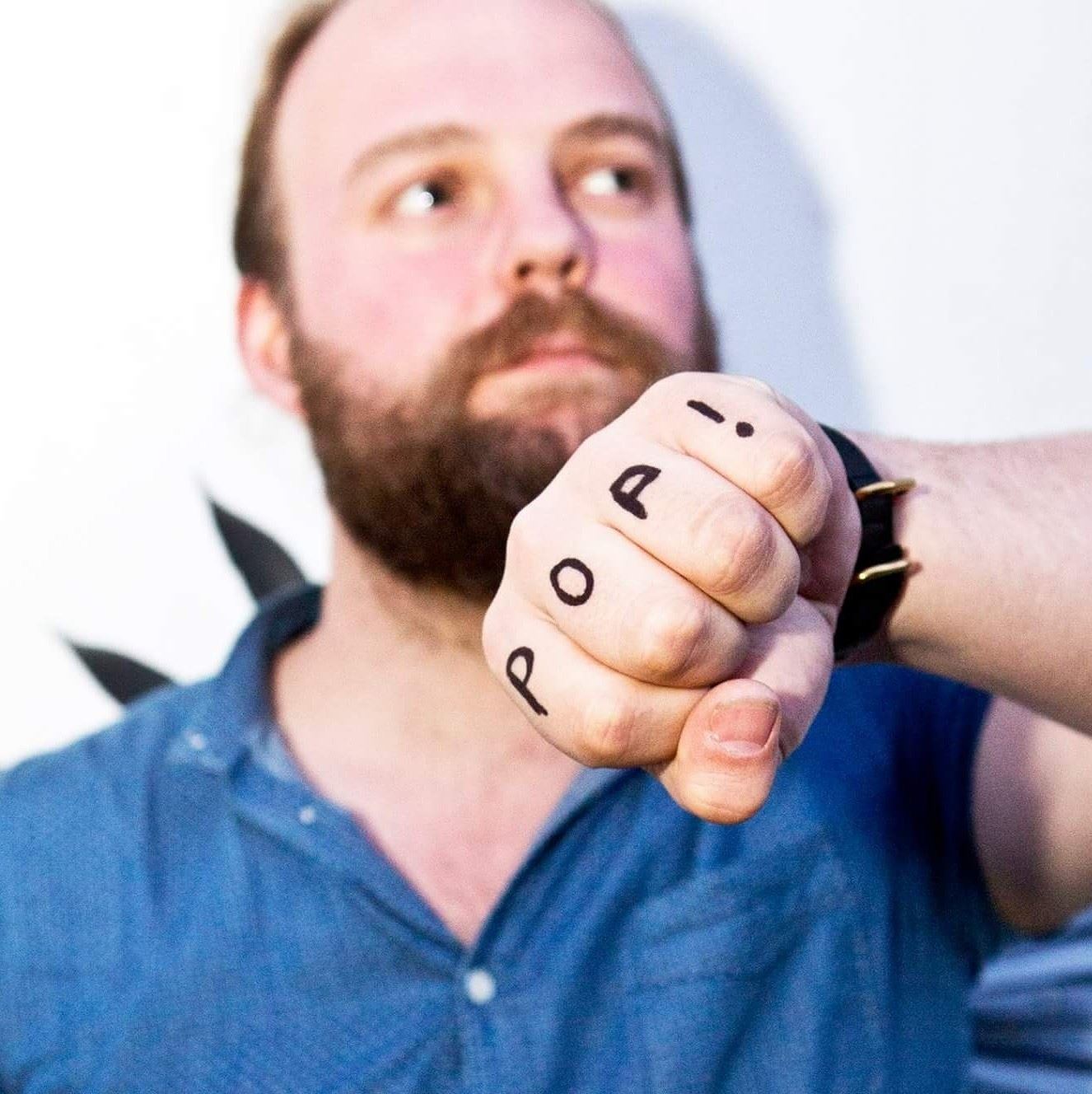 Jack “Pop” Clothier is the founder of Oxford’s Alcopop! Records label and an irrepressibly kind man. For more than a decade now he’s been contributing riffs and smiles to DIY music lovers acround the world.

You might know the label already from their releases by scene heroes like Johnny Foreigner, Matt Pryor, Fight Like Apes and Art Brut or their “wit and wisdom of Nigel Farage” release? Maybe you’ve heard of them from their busy trophy shelf or their penchant for releasing killer new music on formats that range from scarves, watches and frisbees to a mountain bike? Or you might just recognise them as the smiliest faces at the rock show. Regardless, it’s hard to overstate their commitment to music, DIY and independence. They’ve worked extraordinarily hard and with palpable enthusiasm during some really strange and complicated years and they’ve done it with love. They’ve created something that is both kind and open. They’re a cracking bunch of lads.

We’re really lucky to get to speak to Jack about his eclectic little label that could. If a drop of his optimism, energy and inspiration makes it through your device and into your spirit then you’re going to be a force for good in this weird musical world of ours. With all the awards, big shows and great records, it’s easy to forget that this is just a fan who was able to have a go, build on it and make it happen through good times and bad. But we shouldn’t. Read on for some wonderful songs and some good advice. We appreciate you Jack.

Before we get going, what’s a song you’re loving right now that people can listen to while they read along?
Hello! Yes – what a good plan. I’ve got two, just so you’ve got a main course and dessert of brand new hits. Is that OK? Firstly, on our label, please listen to “cabin fever” by cheerbleederz. It’s absolutely next level good, and there’s no way you can’t like it.

Then – go for “Robot Stop” by King Gizzard and The Lizard Wizzard. It’s the most intense slab of explosive smash you’ll hear all day.

Tell us about yourself. How long have you been involved in music?
So I co-run Alcopop! Records, a strong-hearted indie label formed in the sparkly shire of Oxford near 11 years ago. We’ve worked with lots of amazing bands (Art Brut, johnny foreigner, Anamanaguchi, Fight Like Apes, TIGERCUB and Kississippi to name but a few) and are having a lovely time in 2018. We like to do lots of creative stuff, as well as releasing super records – and have previously released an LP with crushed meteorite embedded in it, and a compilation on a bike cos, y’know… Why not. Personally I love cats, and am currently re-reading Trout Fishing in America by Richard Brautigan for the hundredth time. I live in Twickenham and my guilty pleasure is The Real Housewives of Cheshire. Don’t judge me.

What inspired you to start and what motivates you to amplify DIY music makers?
I was talking about this tonight you know (I do a spot of teaching with the fine folk at The School of Music Business in London), and it basically stems from when I was in a middling melodic metal band (we got on MTV2 but didn’t sell many tickets outside of Coventry) in my relative youth. We did all the hammering of the shows, worked really hard, signed to a label and they did fuck all for us – and it really crushed my dreams of being in a band. Ever since then I’ve wanted to help bands do good stuff, and do it for the right reasons (as well as generating untold riches of course)… So my pal Kev and I borrowed some money off my dad, gambled it on Portsmouth beating Charlton, Lomana Lua Lua scored which financed us putting out our first release and well – the rest is history!

Have changes in technology had any effect on your work or engagement with the music community?
Oh absolutely! I’m old enough that we started our label with a MySpace profile, so the advances in technology have completely revolutionized the way we do things. We actually started off as a physical only label, but we’ve been lucky enough to remain adaptable and flexible as the years have withered our once handsome faces. We strive really hard to be a friendly, inclusive place to be – and so online (and offline) engagement with our community is basically everything to us. It’s a means to an end, but utilising social and tech help our end goal of having nice parties and fun times with good people, so yeah – it’s key!

What’s something you’ve done with the label that you’re particularly proud of?
That crushed meteorite LP was pretty good, but perhaps my favourite bit of off-kilter fun was working with the wonderful folk at No Such Thing as a Fish (the QI podcast) to put out the first ever podcast on vinyl in the UK, with Corey Taylor from Slipknot doing a secret track on the B-side. We also put 52 episodes on the download card (why don’t people do more with the humble download card???) – and it sold a bloody stack!

Are there any changes you’d like to see in the music industry?
On a personal note, less people spending all their time cultivating a positive image on Twitter when the reality is that a nasty, old-school, exploitative underbelly of the industry bubbles incessantly away – and on the business side, a huge overhaul of MCPS. It feels like it’s, at its heart, quasi-worthy, but it’s essentially a completely outdated system that doesn’t encourage creativity or allow for flexibility in small or medium labels.

Any tips for making or customising a creative workspace?
Keep your music varied and pernickety nonsense frowned upon. If anyone puts passive aggressive ‘keep off’ notes on their milk, you really don’t want them working with you. I think traditional working hours are outdated, and people should be encouraged to work flexibly – and that time should be spent outside of the workspace doing inspiring, thought provoking stuff.

What advice would you give to someone looking to start their own micro music company?
Don’t smash all your money on the first band you find, and keep blissfully optimistic – though remember that it’s your choice to run this thing and no one else’s. I try to work with a ‘no-one owes you anything’ mindset, as well as keeping in mind that every single victory (no matter how small it is) is a wonderful and glorious thing. Most of all, enjoy it – and if you love a band – go for it. Be sensible (back to that money thing again), but if you know it’s right, you’re probably onto something.

Who do you think we should speak to next?
Jamie Otsa at Wall of Sound is a wonderful human, and an absolute bastion of good PR, or Stephen Ackroyd and Viki Sinden (of Dork and Upset fame) run a publishing empire from their house in Hastings, so they’re pretty inspiring. <3 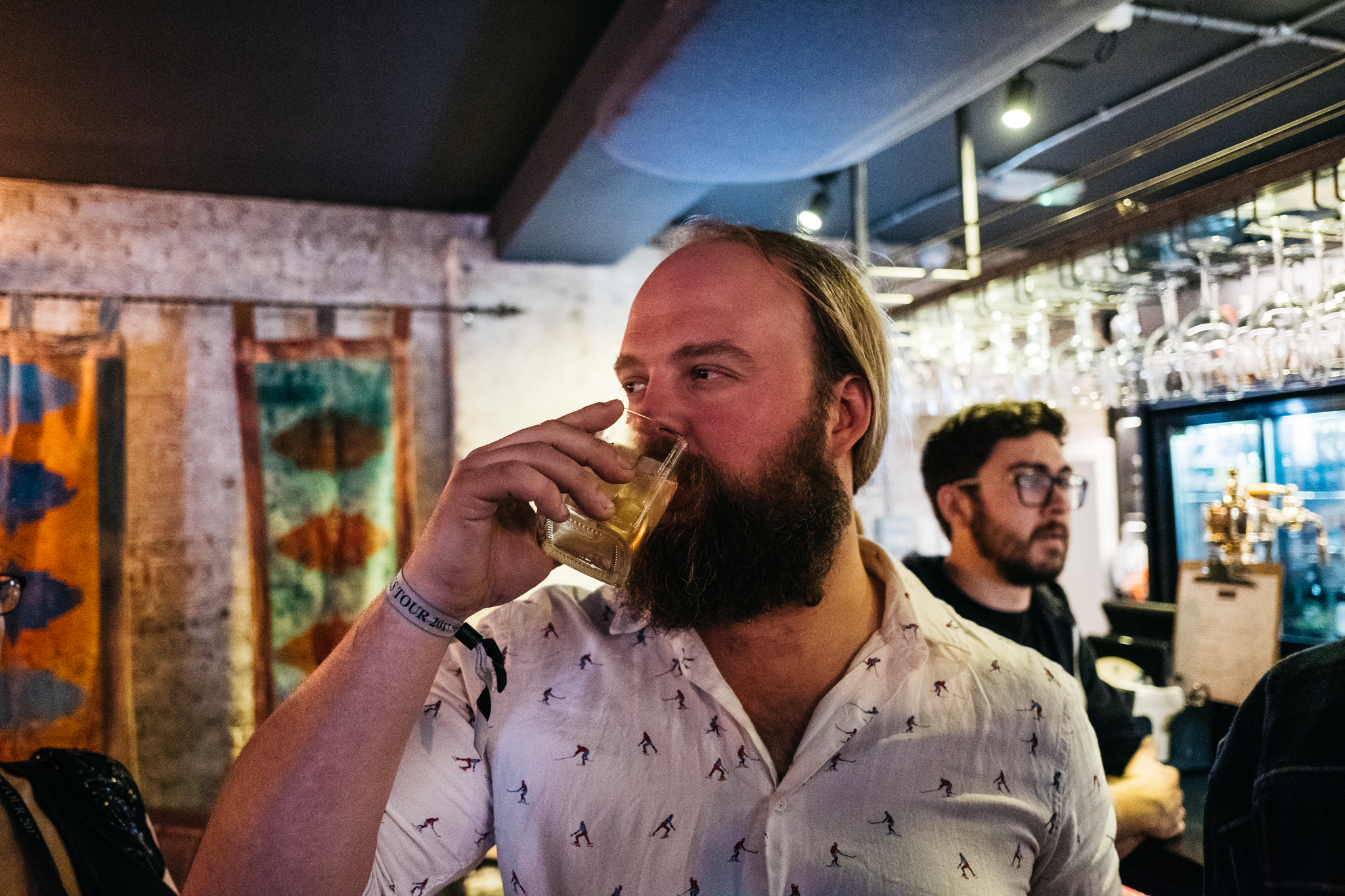 You can find more music Adafruit is loving right now in our ongoing MusicMakers (feat. Frankie Cosmos, Jeffrey Lewis, Bedbug, Pom Pom Squad and more) and TrackTalk features (with Trust Fund, Shay Spence and Haiku Salut). If you missed the previous TasteMakers features with The Grey Estates, Various Small Flames, phluff and Stories About Music then you can read those here.

Comments Off on TasteMakers005: Alcopop! Records