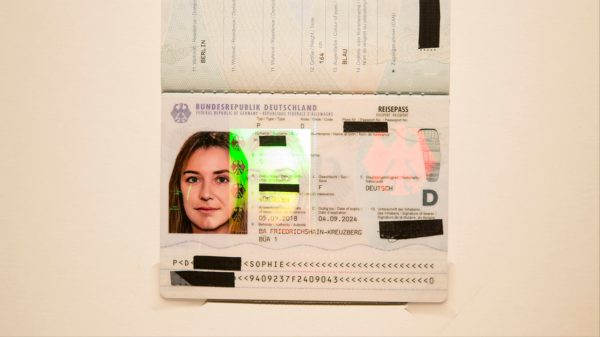 Last month, an activist from the German art collective Peng! walked into her local government office in Berlin and applied for a new passport. “I probably have broken the law,” the woman, a chemist living in the Western Saxony region, told Motherboard, “but our lawyers don’t know which one.”

The woman applied for a passport using a photo of two separate people. Using specialized software created by Peng!, the collective merged the facial vectors from two different faces from two different images into one. Billie Hoffman (a pseudonym used by everyone in the Peng! Collective when talking to journalists), she told me how easy the whole process was: “Officials didn’t mention fraud at any point.”

Hoffman’s passport application was approved, and now she has an official German passport using the digitally altered photo. The photo is half her, half Federica Mogherini, an Italian politician who is the High Representative of the European Union for Foreign Affairs and Security Policy. “The software calculated an authentic average of the faces and that’s it,” Hoffmann recalls.