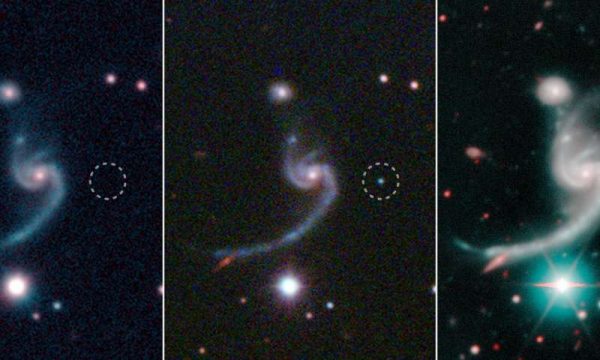 Carnegie’s Anthony Piro was part of a Caltech-led team of astronomers who observed the peculiar death of a massive star that exploded in a surprisingly faint and rapidly fading supernova, possibly creating a compact neutron star binary system. Piro’s theoretical work provided crucial context for the discovery. Their findings are published by Science.

Observations made by the Caltech team—including lead author Kishalay De and project principal investigator Mansi Kasliwal (herself a former-Carnegie postdoc)—suggest that the dying star had an unseen companion, which gravitationally siphoned away most of the star’s mass before it exploded as a supernova. The explosion is believed to have resulted in a neutron star binary, suggesting that, for the first time, scientists have witnessed the birth of a binary system like the one first observed to collide by Piro and a team of Carnegie and UC Santa Cruz astronomers in August 2017.

A supernova occurs when a massive star—at least eight times the mass of the Sun—exhausts its nuclear fuel, causing the core to collapse and then rebound outward in a powerful explosion. After the star’s outer layers have been blasted away, all that remains is a dense neutron star—an exotic star about the size of a city but containing more mass than the Sun.

Usually, a lot of material—many times the mass of the Sun—is observed to be blasted away in a supernova. However, the event that Kasliwal and her colleagues observed, dubbed iPTF 14gqr, ejected matter only one fifth of the Sun’s mass.