How Paul Allen Saved the American Search for Extraterrestrial Intelligence 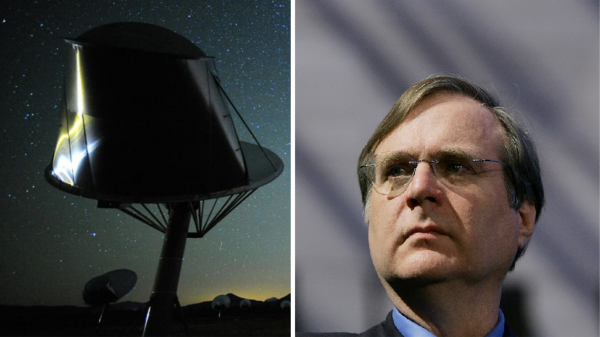 One of the research areas where [Paul] Allen made the biggest impact was also the one he spoke about the least: the Search for Extraterrestrial Intelligence (SETI). Indeed, Allen almost single-handedly rescued American SETI by donating over $30 million to scientists scanning the cosmos for intelligent radio signals.

SETI’s early years in the United States was mostly defined by intermittent searches bankrolled with public funds, such as the National Science Foundation-funded program at Ohio State University which discovered the Wow! signal, or university endowments, such as Harvard’s Project Sentinel. By the early 90s, however, many of the early SETI programs had ended. The best hope for detecting extraterrestrial intelligence seemed to be NASA’s first foray into SETI, the Microwave Observing Program, which began observations in 1992.

Less than a year after the start of NASA’s SETI program, it was killed by members of Congress who didn’t want to waste money on the “great Martian chase.” The SETI Institute, a nonprofit founded in 1984 by the radio astronomer Jill Tarter, wasn’t going to let SETI die at the hands of a few cynical congressmen, but it also realized that the only hope for the future was privately funded searches.