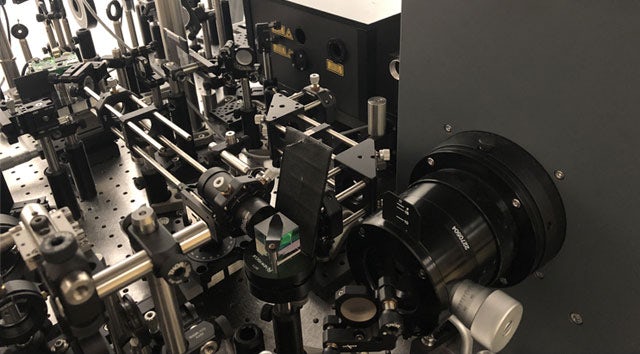 Slow-motion video has always been fun to watch, with the best rigs usually shooting on the scale of thousands of frames per second. But now the world’s fastest camera, developed by researchers at Caltech and INRS, blows them out of the water, capturing the world at a mind-boggling 10 trillion frames per second – fast enough to probe the nanoscale interactions between light and matter.

Last year, the record belonged to a Swedish team with a five-trillion-fps camera, which was itself an improvement of an earlier 4.4-trillion fps system. The new camera casually doubles the previous record-holder, which could make it easier to peer at the nanoscale world with greater “temporal” resolution.

For the new imaging technique, the team started with compressed ultrafast photography (CUP), a method that it is capable of 100 billion fps. That’s nothing to scoff at by itself, but it’s still not fast enough to really capture what’s going on with ultrafast laser pulses, which occur on the scale of femtoseconds. A femtosecond, for reference, is one quadrillionth of a second.

So the team built on that technology by combining a femtosecond streak camera and a static camera, and running it through a data acquisition technique known as Radon transformation. This advanced system was dubbed T-CUP.