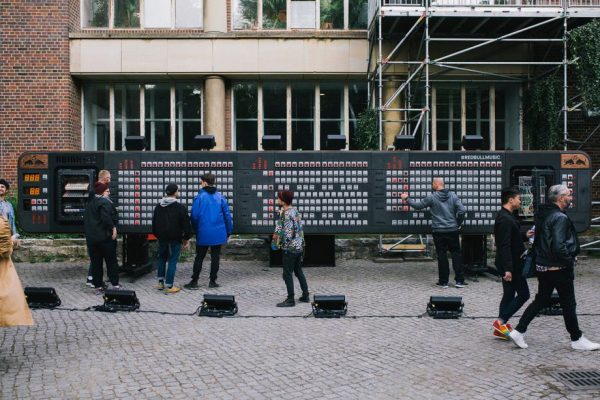 As part of Red Bull Music Academy’s 20th edition, the company has built the world’s largest step sequencer, and placed it outside of iconic Berlin club Tresor for anyone to try out.

Called the RBMA-20, the sequencer was designed and built by the Berlin-based creative studio Neulant van Exel, and took 30 technicians five weeks to assemble. Red Bull says it is the largest drum machine ever built and is fully functional. It’s physically massive, at about 33 feet long, 7.2 feet high, and weighs over 1,300 pounds.

Across the interface are 427 knobs and faders, four analog drum machines, a modular synthesizer, and a sampling unit. Red Bull hasn’t said much more about what powers the RBMA-20, but musician Connor Crowe got a peek at what’s under the hood and posted a few photos to Twitter.