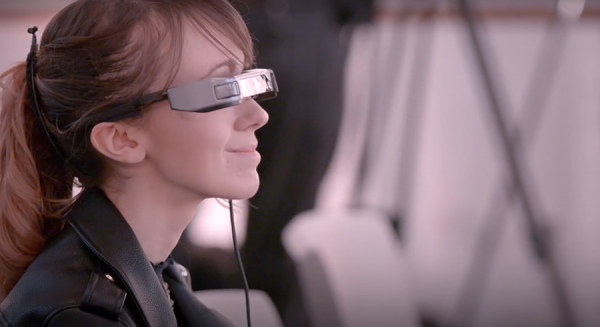 We hope New York theaters offer this at some point as well! – via Wearable Technologies

While most movies come with subtitles for the hearing impaired at the bottom of the screen, an on-stage play cannot afford to do that. Now, the National Theater (NT) in London is experimenting with smartglasses to do just that. The theater has partnered up with Accenture to develop a new service that will allow hard of hearing individuals to see the dialog on stage by wearing a pair of Epson smartglasses.

Dubbed “smart caption glasses” these devices have now been officially launched, following a year of audience testing. When wearing the glasses, users will see a transcript of the dialogue and descriptions of the sound from a performance displayed on the lenses of the glasses.

The NT is allowing hard of hearing people to use the glasses without charge for the play “War Horse” and for the musical “Hadestown,” and they will be available for all of the theater’s 2019 season.

The glasses comprise of two main components. The first is known as Open Access Smart Capture technology. It utilizes custom voice-following software to keep track of exactly where the show is in the script.