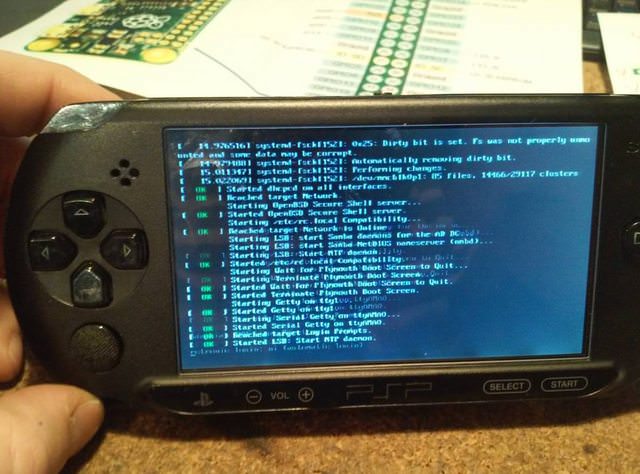 Drygol over on Retrohax meticulously rebuilt a PlayStation Portable with a Raspberry Pi. This isn’t their first try and each iteration gets a little more refined. There is also a pretty detailed teardown included:

From time to time I feel a need to work on something else than refurbs and repairs, so this time, I have another fun project to cover that I’ve worked on some time ago. I’ve worked on similar projects before and even documented ’em all here on the blog.

I’ve started off with dumping all items on a table that I’ve gathered during the past months. Well, maybe not all but only the most interesting stuff 🙂

I had two Sony PSP handhelds and both were broken in some way. My idea for this project was to use PSPs case and put RPI Zero inside along with all other parts that would form a fully functional retro platform. Obviously, I wanted to use awesome RetroPie as in previous projects.