When Electrical Engineer Alan Platt was given the task of converting old cine film to digital footage for his father-in-law’s 70th birthday, his first instinct was to look online. 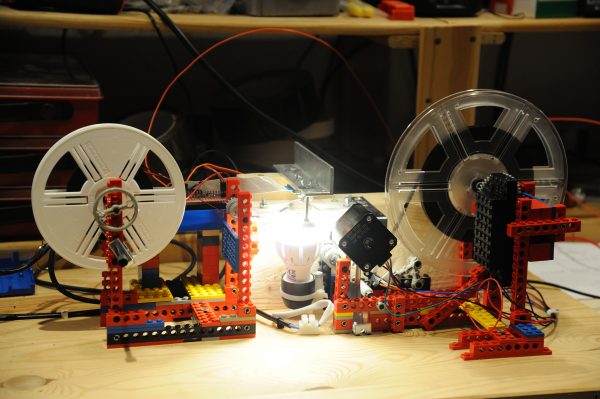 “There are plenty of companies happy to convert old films”, he explains, “but they are all extremely expensive. In addition, you have to send your original films away by post, and there’s no way to guarantee that they’ll be safe in transit.”

Alan was given a box of Super 8 films covering 15 years of family holidays and memories. A huge responsibility, and an enormous challenge. Not content to let someone else do the hard work, Alan decided to convert the films himself — and learn how to program a Raspberry Pi at the same time.

Alan’s initial plan involved using his father-in-law’s cine projector as the base for the conversion process, but this soon proved impossible. There was no space in the projector to house both the film-playing mechanism, and the camera for the digitisation process. Further attempts to use the projector came to an end when, on powering it up for the first time, the 50-year-old machine produced a loud bang and a large cloud of smoke.

Undeterred, Alan examined the bust projector’s mechanism and decided to build his own. This began with a large eBay order: 3-D printed components from Germany, custom-shaped PTFE sheets from the UK, and optical lenses from China. For the skeleton of the machine, Alan’s box of Technic LEGO was dusted off and unpacked; an old TV was dug out of storage to interface with the Raspberry Pi Zero.