TasteMakers is a new feature from the Adafruit Music team. In this sister series to MusicMakers, we will be talking to music writers, bloggers, record labels and brands about creative spaces, technology and DIY, as well as what inspires them and keeps them motivated to support and amplify the creators in their communities. This week we’re talking to NYC’s Henderson Cole, founder and editor of The Alternative. 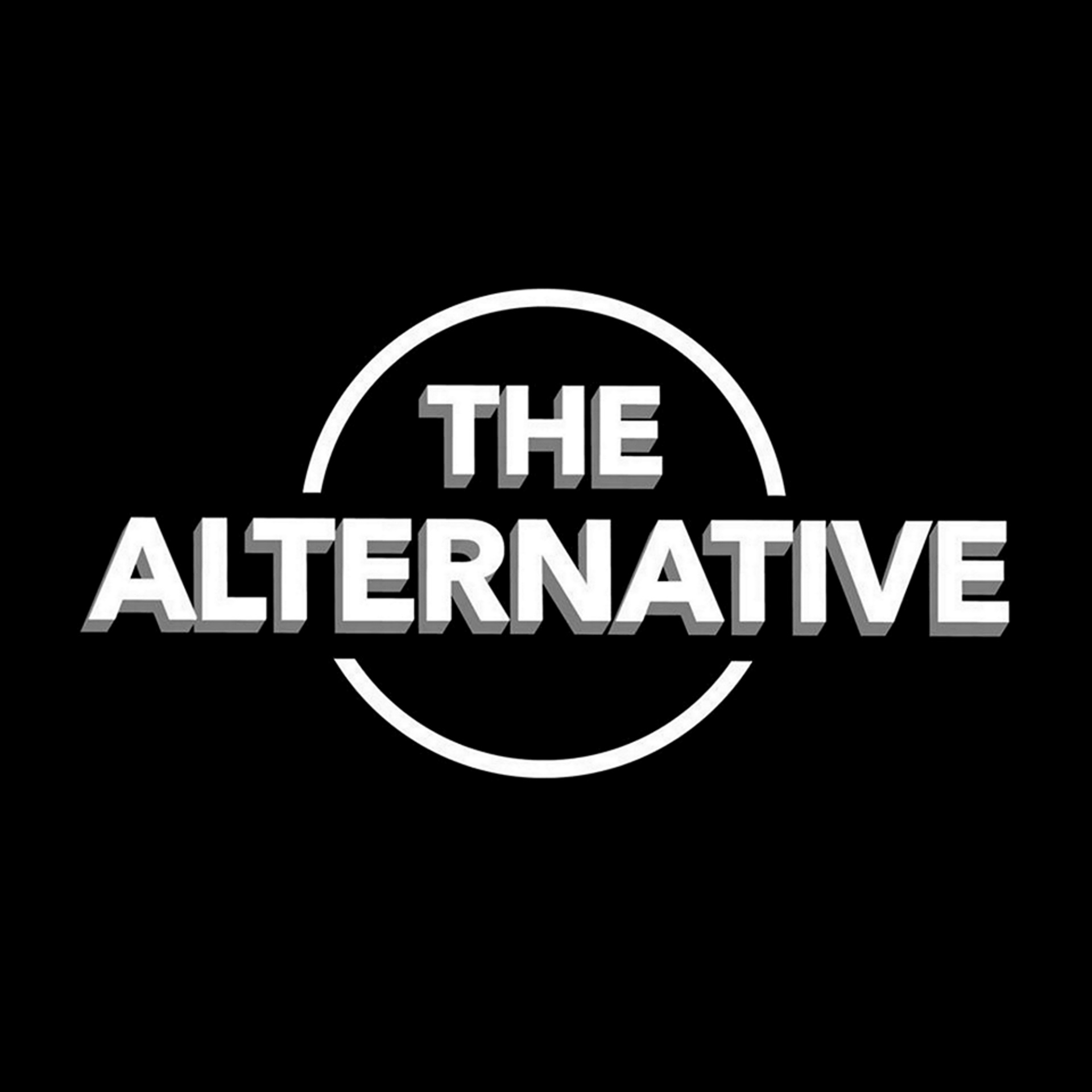 Logo courtesy of The Alternative

The Alternative is exactly that. Seemingly always in a stage of evolution, The Alternative have become a great spot to find brand new music with artists offering up premieres on a near daily basis. But it’s a grounded kind of new music hype with a heavy dose of the real world as Op-Eds like “Philanthropy is Punk,” “I’m a Muslim Immigrant and I’m Not Going Anywhere,” “DIY Ethics Can Fuel A Progressive Revolution” and “An Open Letter To The Abusers Hiding Within The Music Industry” give the distinct impression that those behind The Alternative are trying to create change rather than clicks.

They offer everything you could really hope to find on a new music site; from the increasingly hard to find thoughtful-album-review to interviews, playlists, photography, live music and more, they even have an album-of-the-month club of sorts on their Patreon. Plus, sometimes they just want to talk about horror films which also pleases me (tis the season).

They’re doing their best to give you what they think is the best. It’s honest, intelligent and DIY. I’ve found some wonderful music on their site (some of which I’ve shared below) and I bet you will too. Get Alternative.

Before we get going, what’s a song you’re loving right now that people can listen to while they read along?
The new Ovlov record is the truth. The track “Short Morgan” is my favorite. Steve Hartlett is the real deal when it comes to rock songwriting. His other band Stove has an album coming too. I live a blessed life.

Tell us about yourself. How long have you been running the site?
By day I’m a music lawyer, and by night I edit The Alternative, which is a music blog that covers all the best new stuff. At least that’s the goal. I’m from North Jersey but now I live in NYC and I’m very proud of both places. I’ve always been a big fan of music, and I never really wanted to do anything else.

The Alternative started as my college radio show which was 10 YEARS AGO dear lord. But the website in this form has existed about 6 years, I started it after graduating college and getting upset that no sites were covering the music I loved. I interned at MTV and that was all Bieber all the time at that point, so I was like fuck it I’ll start my own thing. The first few bands I interviewed for the site were You Blew It!, Transit, Runaway Brother, and The Hotelier and I had no idea what I was doing. But I got some friends involved and it just kept growing. Now it’s a somewhat serious thing, and honestly that’s the coolest thing ever.

I just can’t stop talking about musi, and once it started growing and we had all these other contributors, it just became this big beautiful thing. So many people have poured hundreds of hours into this project not just me. At this point we have like 25 contributors and there are more people over the years that have helped with every aspect. It’s a collective in a lot of ways.

What inspired you to start and what motivates you to amplify DIY music makers?
My goal since I was 17 was to help the artists I believe in to grow. I think of myself as a creative and an artist, and I want to collaborate with other artists and spread their work whether as an artist, a lawyer, or a music writer. I just think that art is so powerful and important, it can literally change the world, and of all the art forms, music is just the one I connect to the most.

I also have a very strong belief that you have to try to do what you believe you were meant to do no matter how hard it is. I have no idea how long I’m going to live but I’d like to try to spend every minute of it making the world better through art and music if I can. I’m in a privileged position that I even have a chance to do that, and to pass that up would be a waste. That’s what keeps me motivated day after day.

Have changes in technology had any effect on your work or engagement with the music community?
In some ways technology has been great for sharing music. Everyone everywhere can now listen to almost any song in existence for free, and that’s something I passionately believe in. Access to art for everyone on demand.

In other ways technology and the corporations using that technology have destroyed the music industry. Its very hard for anyone to survive financially. Not just artists, but managers, labels, and even lawyers! Everything right now is dictated by the reach limited by social media companies and corporate algorithms, and there just aren’t the consistent payments from streaming to really compensate the artists. MP3 sales are pretty much donezo.

I see amazing artists all the time calling it quits because they can’t live on the road scraping by anymore and that sucks. That shouldn’t be the way it is. Again though, that’s not the technology’s fault as much as it is the people who are steering the ship’s. I’m always scheming to change the game and make technology work for artists, rather than the other way around.

What’s something you’ve done with the blog that you’re particularly proud of?
Honestly I think I am most proud of us always staying independent and sticking to the music we believe in. I think that really shows in our taste. We’ve been early on so many artists over the years and have built up a bit of a reputation for that. If nothing else, I want people to know The Alternative is a site that isn’t promoting trash art.

Are there any changes you’d like to see in the music industry?
SO MANY YES. As a music lawyer I’m constantly fighting against the status quo in the music industry which treats artists as disposable and the art as secondary. Art and artists need to be valued. I would say that’s a primary problem.

Any tips for making or customising a creative workspace?
With everything I do, it’s DIY. Figure out what you need, and figure out how to make it happen. Don’t try to create the workspace that would be perfect for someone else. Also back everything up on hard drives so you aren’t doomed when your overwhelmed technology fails you, because it will. 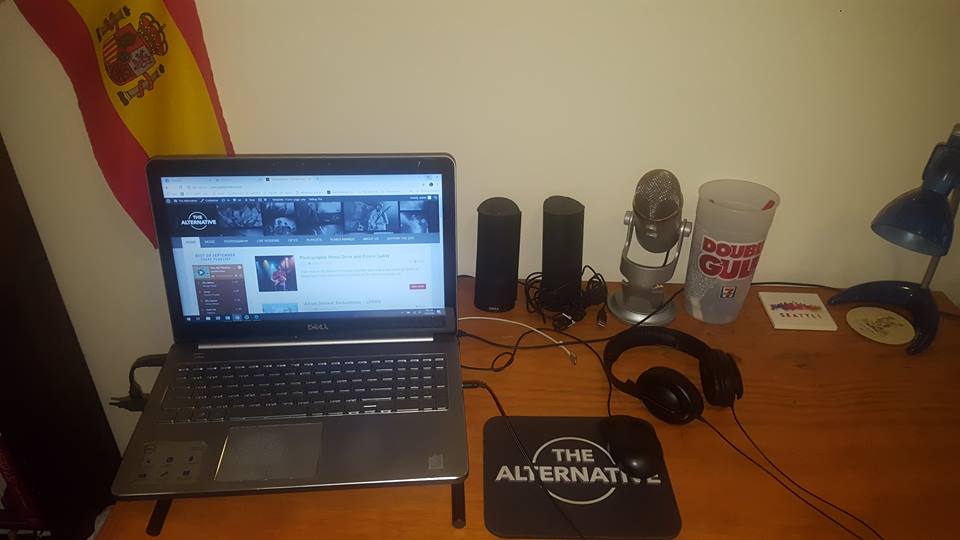 What advice would you give to someone looking to start their own blog?
Just start writing and learn as you go. You’re not going to get rich from blogging, so don’t worry about anything else except building the exact place on the internet that you want to. Develop your interviewing skills, develop your written voice, learn how to make videos. Also learn to code, at least the basics, that’s so useful these days. Write about what you like not what gets clicks. Chasing clicks is soulless.

Who do you think we should speak to next?
Brittany from Pavonine Packaging and artist Ilana Hope are making some of the best merch and art in the game right now. They both worked on our most recent The Alt tee, and it’s the coolest thing we’ve ever made. Both pros. 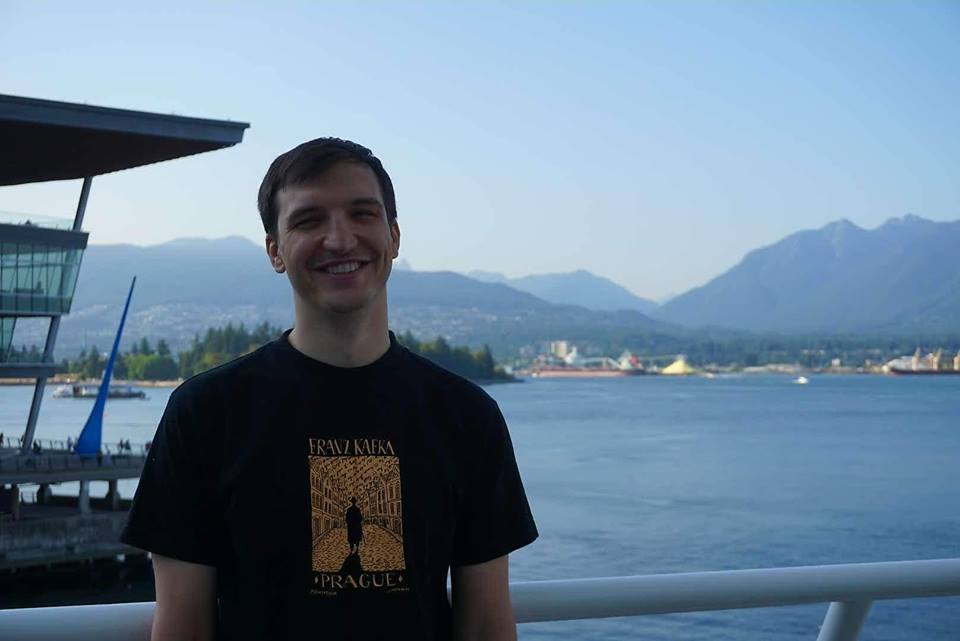 You can find more music Adafruit is loving right now in our ongoing MusicMakers (feat. Frankie Cosmos, Jeffrey Lewis, Bedbug, Pom Pom Squad and more) and TrackTalk features (with Trust Fund, Shay Spence and Haiku Salut). If you missed the previous TasteMakers features with The Grey Estates, Various Small Flames, phluff, Alcopop! Records and Stories About Music then you can read those here.

This week I’m really enjoying this album from the master of the morose Nicholas Nicholas (out now on Mega Chill Records):

And this Wyrd Folk beauty from Beverly-Glenn Copeland (out now on Super-Sonic Jazz Records):


As always, you can also follow Adafruit on Soundcloud and Hype Machine.

Comments Off on TasteMakers006: The Alternative