Stephen Lake, co-founder and CEO of North (previously Thalmic Labs) took to Medium to announce the end of Myo. 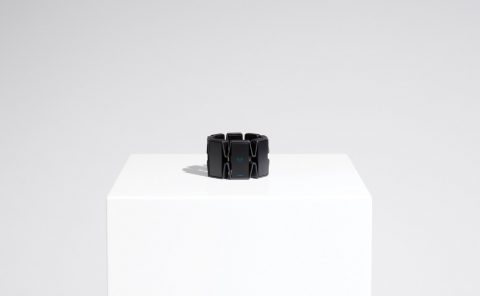 It’s a wearable device, a kind of bracelet, that was supposed to be for a variety of new tech that didn’t (and couldn’t) have typical interfaces. The question for North was, how to invent a new, but intuitive form of interactivity?

A viable path seemed to be through electromyography (EMG) sensors — used to measure and record electrical impulses given off by muscles. Our theory was that if we could understand those impulses, we could build an interface that would become a natural extension of our actions. It hadn’t been done before — we had never seen EMG used in a commercial consumer product.

A few years ago we did a teardown of it at Adafruit, noting its complex but powerful design. Most impressively and importantly, Myo worked. It sold tens of thousands of units, and had some high profile applications, but for reasons not outlined in the post (which probably had to do with limited consumer appeal) North officially announced its discontinuation.

Myo was in some ways a bet on the rise of non-traditional computing  and the need for novel interactive mechanisms. But besides touch devices, the general public is largely interacting with computers the same way they have always been. Myo might have just been a little too cutting edge for commercial success.

Since announcing the end of Myo, North has announced a new platform: Focals. These are smartglasses, and while they look really slick, with a $999 price tag it’s not clear how much more succesful these will be than the Myo. The market for smartglasses is still a little volatile and untested — there’s the famous abandonment of Google Glass and Intel’s Vaunt, but Apple is still seemingly forging ahead with its own attempt. Its not clear where this market will go and if it will succeed, but we’ll be following along with Focal to see how all this shakes out.