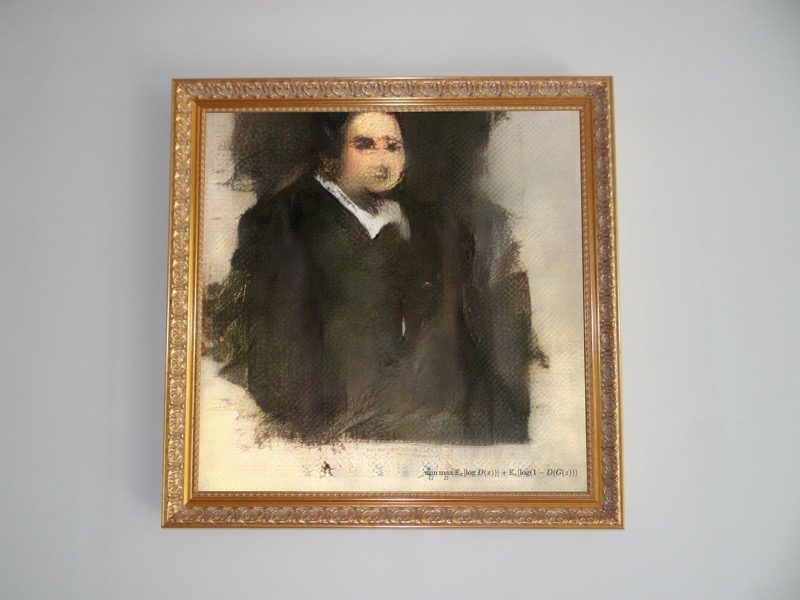 Last Friday, a portrait produced by artificial intelligence was hanging at Christie’s New York opposite an Andy Warhol print and beside a bronze work by Roy Lichtenstein. On Thursday, it sold for well over double the price realized by both those pieces combined.

The bidding late this morning lasted just under seven minutes, during which the buyer competed against an online bidder in France, two other phone bidders and one person in the room in New York. When the hammer came down, the bids had reached $350,000, the final price before fees.

Update – It appears there is more to this story.

and here is a message from Robbie Barrat –

Robbie Barrat
@DrBeef_
~a week after i gave them permission – i retracted it & asked for credit whenever they posted the images (this was once i figured out they weren’t doing an open source project, but were selling the outputs)

Tweets and more as this story develops.