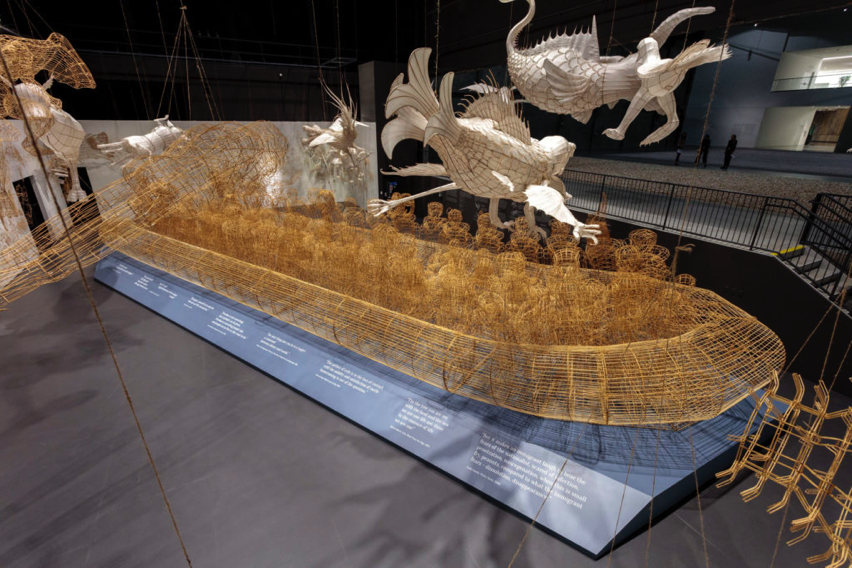 We thoroughly enjoyed seeking out Ai Weiwei’s pieces in NYC. We’re a little jealous we’ll only get to check this LA triple header out online. From Art News:

Political dissident and world-renowned artist Ai Weiwei has taken over Los Angeles this fall with three shows: “Life Cycle” at the Marciano Art Foundation (through March 3, 2019), “Zodiac” at Jeffrey Deitch (through January 5, 2019), and “Cao/Humanity” at the UTA Artist Space (through December 1, 2018). Never one to shy away from spectacle, the Chinese artist has filled these spaces with monumental works that are sure to capture the public’s attention and, he hopes, raise awareness about international human-rights issues.

At the Marciano Foundation—a former Masonic temple, redeveloped as a contemporary art center by brothers Maurice and Paul Marciano, the founders of Guess—Ai has filled a ground-floor black box space with an expanse of 49 tons of handmade porcelain sunflower seeds and thousands upon thousands of spouts from antique teapots, as a commentary on the power of the individual in a mass of humanity. But his true accomplishment here is Life Cycle (2018), a monumental recreation of an inflatable raft commonly used by refugees, filled with passengers, all made out of lengths of bamboo. Surrounded by other bamboo works and quotes from philosophers and writers like Socrates to Zadie Smith that refer to the care of strangers in our midst, Life Cycle was especially moving since it was one of the final works made by the artist in his Beijing studio, which Chinese authorities destroyed this summer. That fact is a potent reminder that the artist is currently in exile, having left China in 2015 after being confined to the country for four years following his arrest and 81-day detention in 2011.

“He knew from the beginning what he wanted to do and was very sensitive to the architecture of the space,” Jamie Manne, the deputy director of the Marciano Foundation, said of Ai, in an interview. The public response has been overwhelming, with tickets for the show selling out for the entirety of October from the moment it opened at the end of September.