Where Your Musical Taste Comes From #MusicMonday 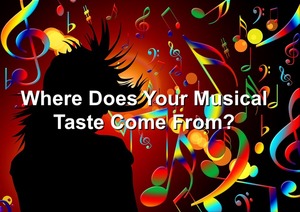 We all have music that we love, and it seems like the older we get, the less likely we are to love what’s current. That’s because we tend to listen to less music by the time we hit our late 20s, but researchers think they’ve found the real real reason and time when our musical taste is formed.

Researchers have found that your musical taste comes primarily from your memories of songs, regardless of the era the song is from. That said, the memories that you form as a young adult (the prime music listening period) remain more detailed than latter in life.

Comments Off on Where Your Musical Taste Comes From #MusicMonday