What is an Astronaut’s Glory? #Space 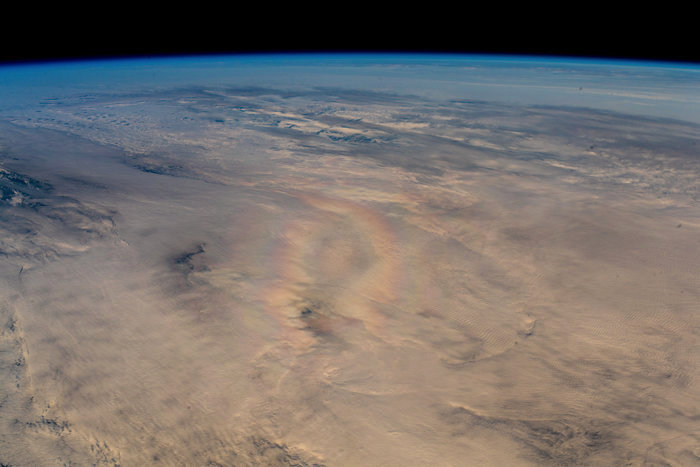 Despite humankind’s scientific prowess there are still many phenomena that defy explanation or a common agreement on why something happens. A ‘glory’ is a rare optical phenomenon that is mostly seen by pilots and mountain climbers looking down at mists or clouds. Forming a miniature circular rainbow, glories are seen when the Sun shines from behind and interacts with water droplets to refract light back to the observer.

This picture is an even more rare example of a glory seen from space. Snapped by ESA astronaut Alexander Gerst on 14 September 2018 during his Horizons mission, he commented: “Surprised to see a pilot’s glory from the International Space Station, an optical phenomenon that is often visible from aircraft, or on volcanoes when looking down in a foggy crater, with Sun in the back. Our shadow is (theoretically) right in the middle of the rainbow, but we don’t have a core shadow due to our altitude.”

To see a glory at the International Space Station’s cruising altitude of 400 km is surprising as they require specific atmospheric conditions.

Comments Off on What is an Astronaut’s Glory? #Space