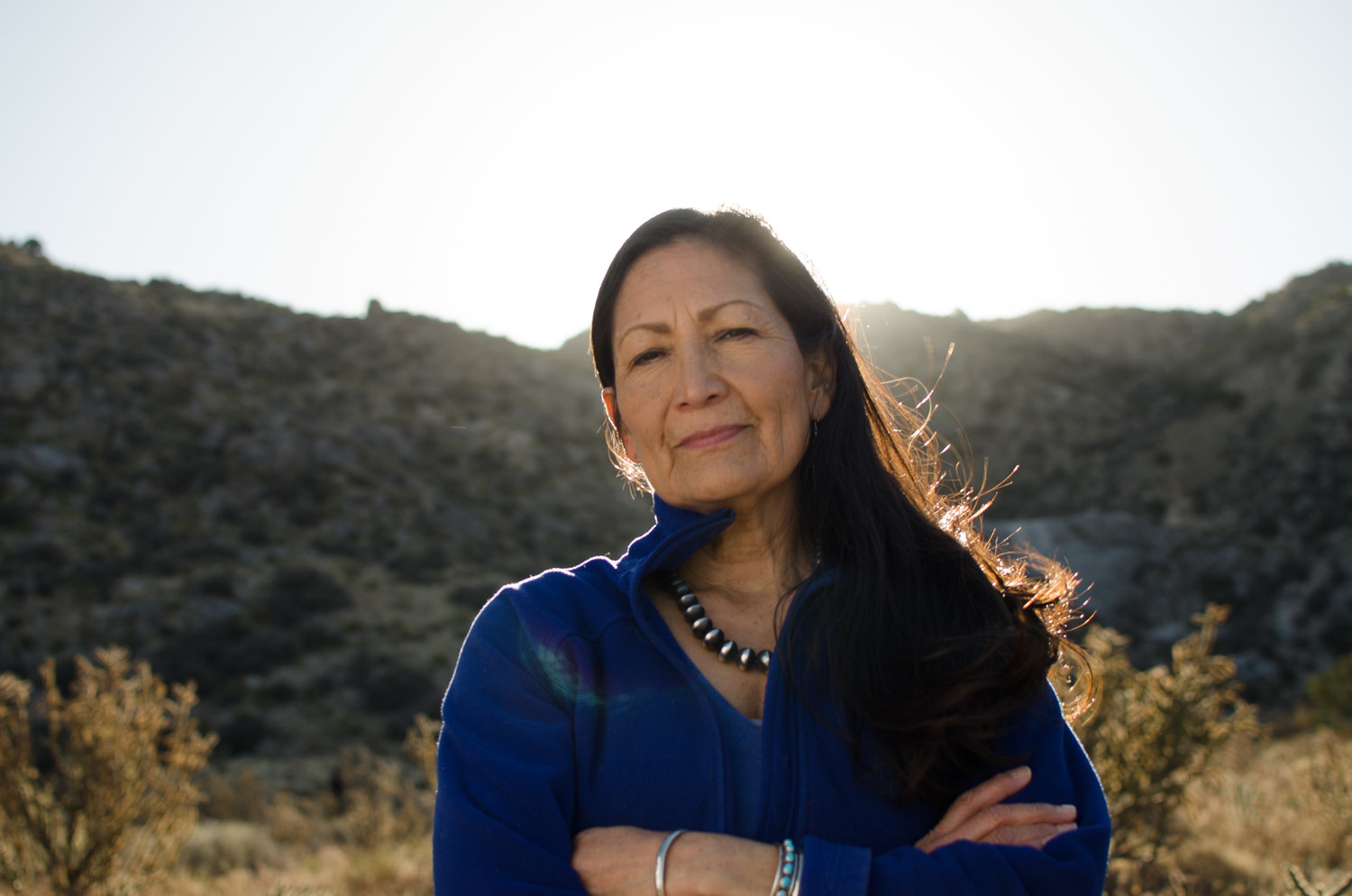 Celebrating Debra Haaland via the NYT

ALBUQUERQUE, N.M. — As a girl, Debra Haaland remembers joining her grandmother as she chopped wood and fetched water for her home in tiny Mesita, a Native American community situated in New Mexico’s high desert.

Haaland, an enrolled Laguna Pueblo member, is certain it was these early experiences and the example of her grandmother’s work ethic that helped her win a seat in the U.S. House Representatives on Tuesday — a political victory that until this year had been beyond reach for numerous Native American women. Her fellow Democrat Sharice Davids, who is Ho-Chunk, also won her historic bid to represent a U.S. House district in Kansas.

Their wins add them to a record number of women elected to the U.S. House on Tuesday following an election cycle that also saw a significant boost in Native American female candidates at the state and local levels. In an interview, Haaland, a former New Mexico Democratic Party chairwoman, credited a vast political network she built after nearly 20 years of working on other candidates’ campaigns, her team and volunteers, and her own hard work.

“My grandmother worked really hard; she expected us to work hard,” Haaland said. “I mean that in and of itself is what really sustained me. It’s my work ethic.”

Haaland, who is 57, will replace U.S. Rep. Michelle Lujan Grisham, a Democrat who ran successfully for governor this year. Her district covers Albuquerque and a handful of rural communities that include tribal communities.

Davids’ district, meanwhile, lies in the suburbs west of Kansas City. She unseated U.S. Rep. Kevin Yoder, a Republican. In addition to being one of the first Native American congresswomen, she’ll also be the nation’s first LGBT Native American to serve as a federal lawmaker.

On election night, Davids, a lawyer and former White House fellow, highlighted her life story of being raised by a single mother, being a first-generation college student and working while she was in school, saying those experiences were not unusual.

“What is uncommon, until now, is to have those voices and those stories and those experiences truly reflected in our federal government, in Congress and the Senate,” she said.

The two women will join U.S. Reps. Tom Cole, who is Chickasaw, and Markwayne Mullin, an enrolled citizen of the Cherokee Nation, in the House. Cole and Mullin are Republicans, representing districts in Oklahoma.

Comments Off on Debra Haaland #NativeAmericanHeritageMonth