ICYMI (In case you missed it) – Tuesday’s Python on Microcontrollers Newsletter from AdafruitDaily.com went out – if you missed it, subscribe now!

Next one goes out in a week and it’s the best way to keep up with all things Python for hardware, it’s the fastest growing newsletter out of ALL the Adafruit newsletters!

Malcolm has been posting progress on a wonderful CircuitPython powered Black Panther costume – Malcolm Jones on Twitter. Like cosplay / costuming, Python comes bundled with community – from events, to meet ups, and a spectrum of beginners to professionals – Python is a dynamic programming language which has the added benefit of people sharing experiences together.

As we develop Python “tuned” for hardware, we thought about how folks would use it, real people, making and sharing real things. With CircuitPython, our beginner-friendly Python for microcontrollers, it was important for it to be both powerful and simple, all at the same time so people could spend time on doing things they wanted to do.

The CircuitPython device shows up as a USB drive, the code can be edited and viewed with any text editor, including a phone-on-the-go, when saved – the device “runs” immediately and the results are real-time. For development, this cuts down time to minutes and seconds, from hours and days. You’re not compiling and waiting, you’re making. When you’re creating a costume, or any type of project, minor, frequent, and subtle changes are needed, fast iteration is the difference between it being fun, or being abandoned completely.

Prince T’Challa’s Black Panther suit is made powerful by the Vibranium found in Wakanda, in this world, we can use Python.

Make some noise with Python 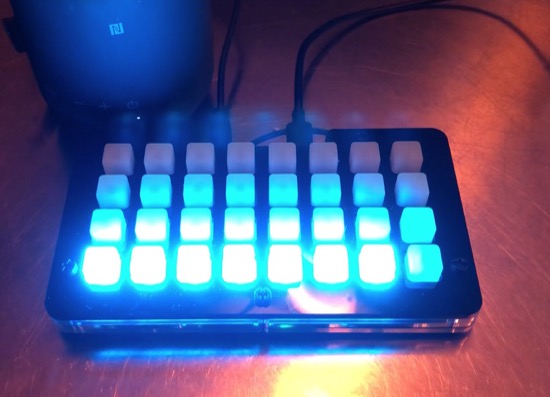 We started a series of posts which includes the inspirations for the Python powered Sync, NeoTrellis, and our upcoming ADABOX 10, check ’em out. 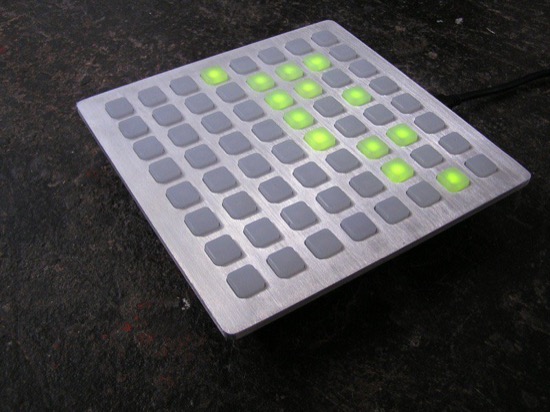 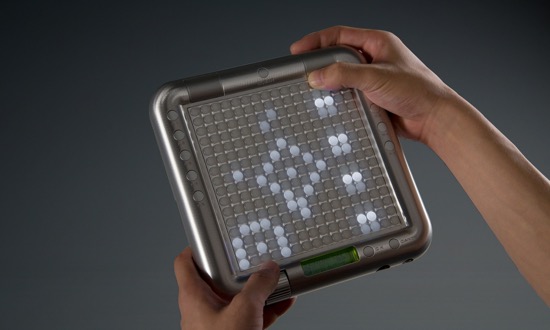 The Yamaha Tenori-on, an electronic musical instrument designed and created by the Japanese artist Toshio Iwai and Yu Nishibori of the Music and Human Interface Group at the Yamaha Center for Advanced Sound Technology. 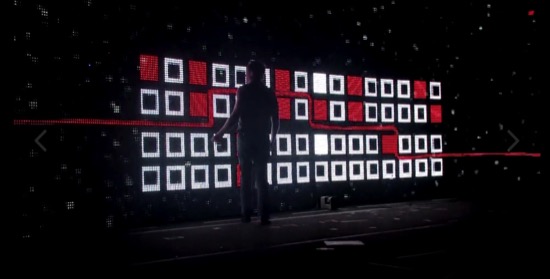 “Echoplex” from the 2008 “Lights in the Sky” Nine Inch Nails tour. Real-time drum sequencer operated on the screen by Josh Freese using sensors that detect his hand position. 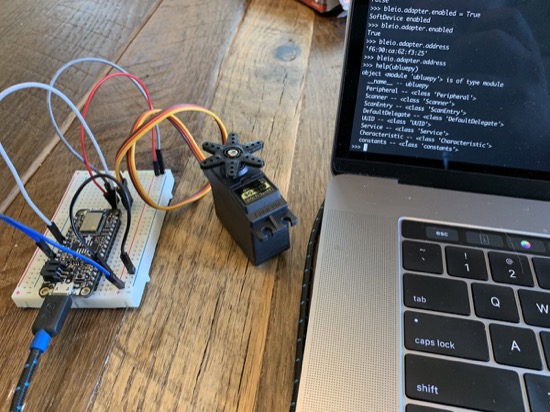 Gary is getting CircuitPython alpha up and running on the nrf52 – Twitter. 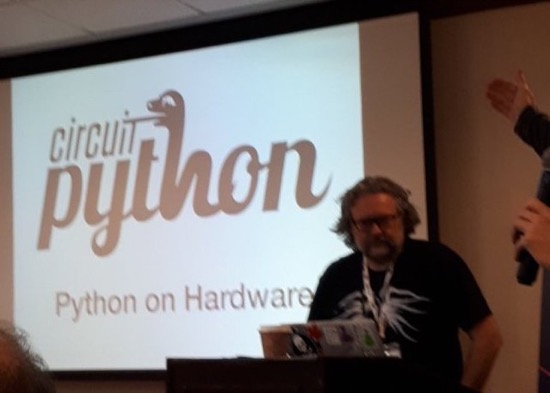 CircuitPython + Trellis M4 Keyboard emulator. Fits in your pocket! Should work on any PC – GitHub. 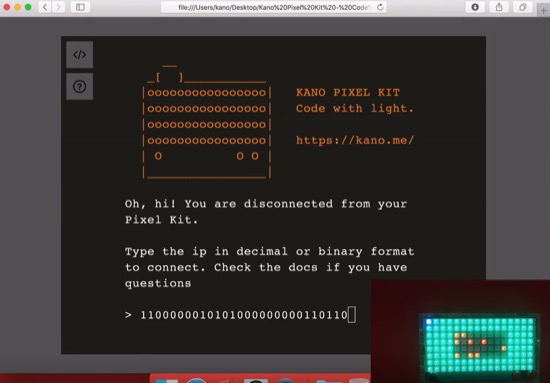 BitWatch – Binary watch for BBC Micro:bit made with Micropython – GitHub. 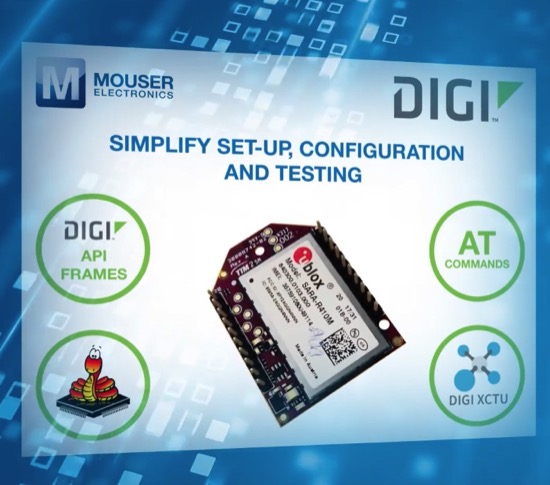 Pycom has a Kickstarter, Pylife, that offers up 2 devices – PyGo1 – non cellular wearable device, and PyGo2 – just like PyGo1 but with cellular network access added – Kickstarter.

What the Python Sees – SparkFun. Looks like SparkFun might(?) be moving more towards Python for hardware. There are two post/guides about Micropython as well.

Some GitHub news – “GitHub says it now hosts over 100M repositories and supports 31M developers, who collectively have created over 1.1B contributions. For context, GitHub had 33 million repositories when the company was founded in 2008, and nearly one in three repositories were made within the past year.” – Venturebeat

Prioritize your notifications – GitHub. And, wow – This is public beta now: “People with admin permissions in a repository can permanently delete an issue from a repository”.

PyDev of the Week: Frank Vieira from Mouse vs Python 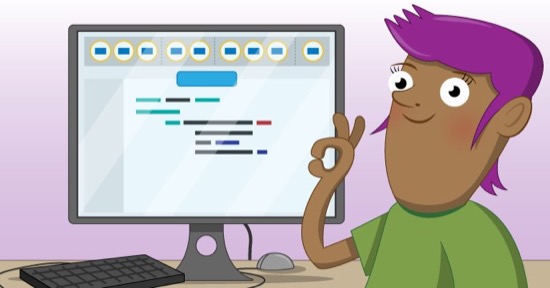 Ben is working on something pretty interesting … “I’m working with @flexiondotorg and @waveform80 on publishing a snap for Mu, which will make it easy to install Mu across Linux distributions and potentially Windows and Mac in future. When a snap is published in the snapcraft store, Mu will be installable with

and will bundle all dependencies, including Python, QT and all python libs. We will introduce a snapcraft.yml into the root of the project. This will contain the spec for how the snap is built.” – via Twitter.

Over on the mu-editor/general gitter, looks like some more board support is coming soon – “Nicholas Tollervey @ntoll – Nov 09 09:57 @CleoQc yup… so Mu currently targets Adafruit boards, micro:bit, PyGameZero and “standard” Python 3. We’re going to be adding a “MicroPython” mode to target boards specifically designed for that (PyBoard and ESP8266 etc), also a Kano mode, for their upcoming products. We also have Caliope mode in the works (a micro:bit spin off from Germany) and I’m going to add a “Web” mode for making simple dynamic web applications. All this coming in release 1.1 (as soon as I can clear my diary). ;-)” 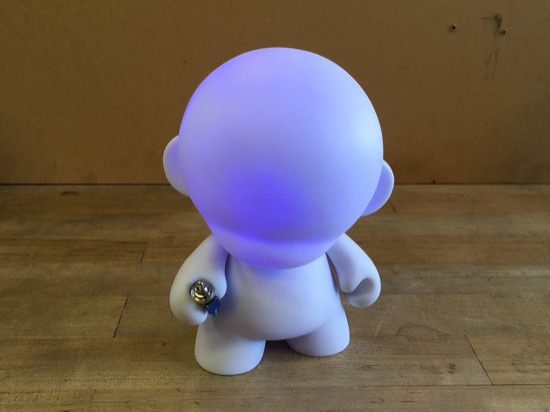 How to Choose a Microcontroller from Mike Stone 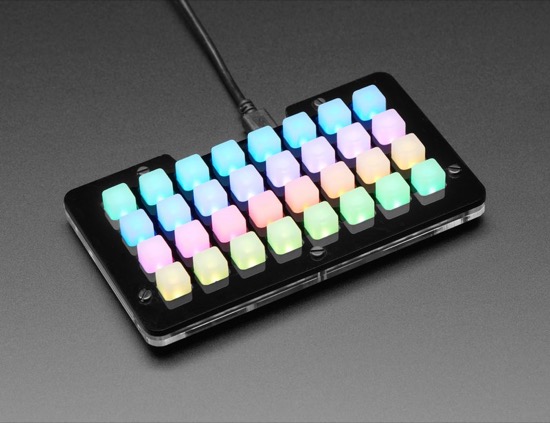 You can use CircuitPython on Raspberry Pi! We’re updating all of our CircuitPython guides to show how to wire up sensors to your Raspberry Pi, and load the necessary CircuitPython libraries to get going using them with Python. We’ll be including the updates here so you can easily keep track of which sensors are ready to go. Check it out! 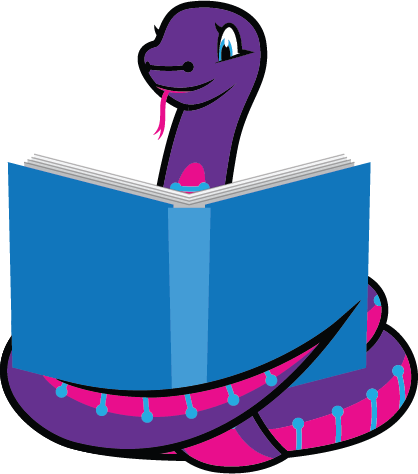 For the latest drivers, download the Adafruit CircuitPython Library Bundle.

If you’d like to contribute, CircuitPython libraries are a great place to start. Have an idea for a new driver? File an issue on CircuitPython! Interested in helping with current libraries? Check out this GitHub issue on CircuitPython for an overview of the State of the CircuitPython Libraries, updated each week. We’ve included open issues from the library issue lists, and details about repo-level issues that need to be addressed. We have a guide on contributing to CircuitPython with Git and Github if you need help getting started. You can also find us in the #circuitpython channel on the Adafruit Discord. Feel free to contact Kattni (@kattni) with any questions.

You can check out this list of all the CircuitPython libraries and drivers available.

The current number of CircuitPython libraries is 112!

20181112 is the latest CircuitPython library bundle.

v1.9.4 is the latest MicroPython release. Documentation for it is here.

Discord is the Python place 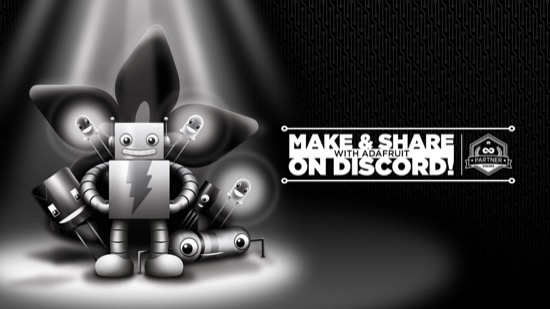 The Adafruit Discord community where we do all our CircuitPython development in the open reached over 8,702+ humans, thank you! Join today! https://adafru.it/discord

ICYMI – In case you missed it! 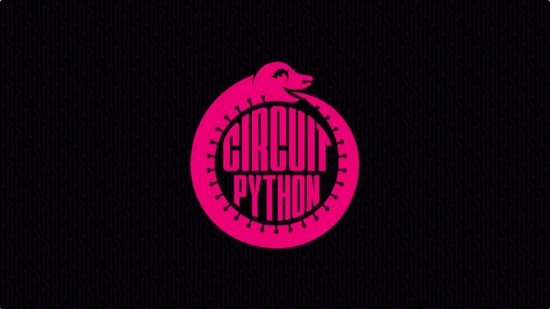 Python on hardware! 03 – video. The weekly audio and video update of the week in Python in hardware! It’s also on IGTV each week too.

The CircuitPython Weekly Newsletter is a CircuitPython community-run newsletter emailed every Tuesday. It highlights the latest CircuitPython related news from around the web including Python and MicroPython developments. To contribute, edit next week’s draft on GitHub and submit a pull request with the changes. Join our Discord or post to the forum for any further questions.