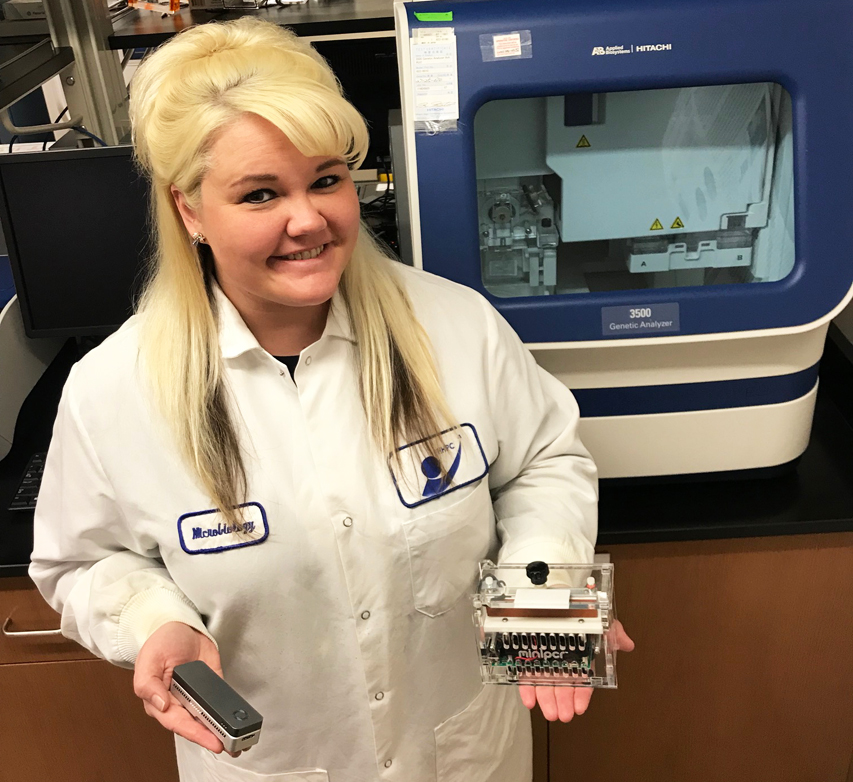 I first came across Dr. Sarah Wallace in a #WomeninScience video post from @ISS_Research‘s Twitter post back in Februrary this year. It was amazing to me that there were these women scientists doing so many kinds of different jobs at NASA that I had no idea existed. We hope this #STEM_Mentor interview can help answer kids’ questions and inspire the next generation of scientists, engineers and more.

Dr. Sarah Wallace is currently is the NASA Microbiologist and Principal Investigator for the Genes in Space-3 Project aboard the International Space Station (ISS). She works at the NASA offices in Houston, Texas. Wallace conducts research to understand how the environment in space alters the behavior of microbes and runs her tests aboard the ISS. This will help us to one day identify microbes in-flight. The recent Biomolecule Sequencer (MinION) that Wallace worked on, showed that DNA sequencing in space is possible. 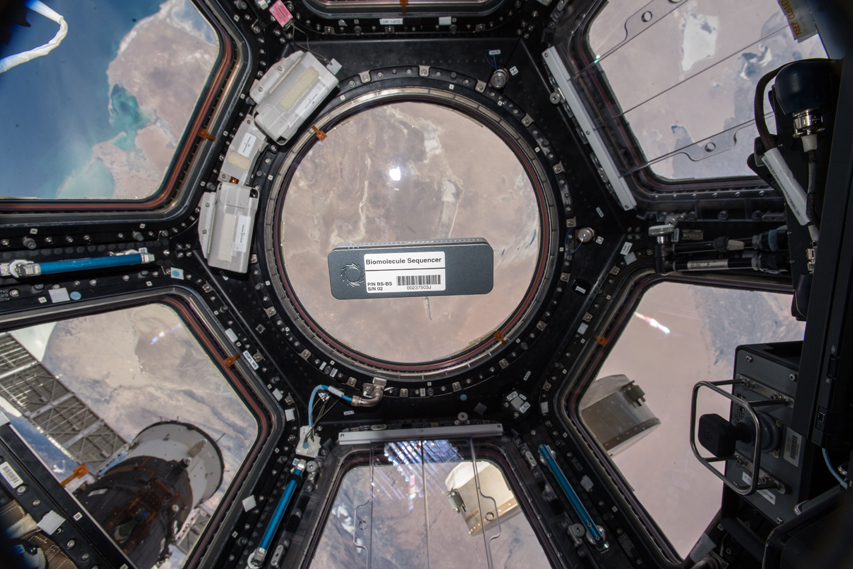 Wallace received  her B.S. in Biological Sciences from Wichita State University in Kansas and her doctoral degree in Biomedical Research from the Department of Microbiology and Immunology at the University of Texas Medical Branch, Galveston. 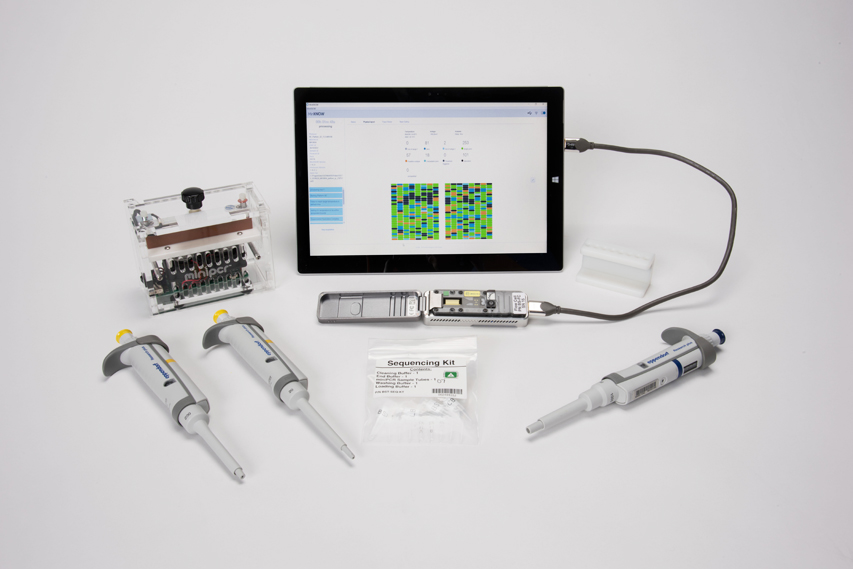 I had the pleasure of recently interviewing Dr. Sarah Wallace and here is our STEM chat for Adafruit:

1) Please tell our readers about your instrumental role with sequencing DNA in space?

I was part of the team that launched the Biomolecule Sequencer (aka MinION) to the International Space Station (ISS). I served as Project Manager, while my friend and colleague, Dr. Aaron Burton, was the Principal Investigator. Through these experiments, astronaut Kate Rubins demonstrated that DNA sequencing in the microgravity environment of space was possible. The sequencer performed better than we could have anticipated and gave us the confidence to keep pushing the boundaries with this technology. The samples sequenced as part of the Biomolecule Sequencer Payload were prepared on the ground in my laboratory at NASA’s Johnson Space Center. We knew at the time that we launched the sequencer that we needed a method for sample preparation in space, and I had been awarded funds to begin development.

Our sample preparation method was first tested during NEEMO 21. The NEEMO missions serve as a training ground for NASA’s astronauts, as they spend about 2 weeks living in the Aquarius habitat located on the ocean floor off the coast of Key Largo. In this extreme environment, the astronauts can get practice with new hardware both inside and outside of the habitat. Following the success of the sample preparation protocol and sequencing during NEEMO 21, I was able to set up a collaboration with Boeing and the Genes in Space Program. Genes in Space is a very cool opportunity in which students in grades 7 – 12 can propose to have their molecular biology experiment conducted in space. Genes in Space was based around miniPCR, which is an incredible platform used for amplifying nucleic acids. As miniPCR was also critical for our sample preparation, a collaboration led to the Genes in Space-3 experiment to show that putting miniPCR and the Biomolecule Sequencer together provided the capabilities needed to perform complex molecular biology experiments in space. As I am a microbiologist and was the Principal Investigator for this flight experiment, it focused on the ability to identify microorganisms in space, a capability that did not exist previously.

The major responsibility of my laboratory is the routine microbial monitoring of the air, water, and surfaces on the ISS to ensure crew and vehicle safety. To do this, the astronauts currently collect samples and culture the bacteria and fungi on-board the station. While this gives us an idea of how many microbes are present, we have no way to identify them until the samples return to my lab. With Genes in Space-3, astronaut Peggy Whitson was able to collect cells growing on the petri dish and transfer them to our process for DNA extraction, amplification, and sequencing. Getting that data down and seeing the microbial identities was one of the most exciting days of my life, which only became more exciting when the samples returned and we were able to use the remaining cells to determine the same identities with our normal methods. This was the first time that microbes were collected, cultured, and identified off planet Earth. The other significance of Genes in Space-3 was demonstrating the methods so that future students could propose experiments involving both miniPCR and the sequencer.

The method that we had been developing was a swab-to-sequencer, culture-free process. Our goal is to be able to take a swab sample from an astronaut, part of the vehicle, plants growing in space, or anything else and be able to sequence any microbial DNA that is present. This, plus the desire to demonstrate the multitude of capabilities of miniPCR and the MinION, led to the Biomolecule Extraction and Sequencing Technology (BEST) payload. Through the BEST flight experiment, astronauts Ricky Arnold and Serena Aunon-Chancellor have both successfully performed the swab-to-sequencer process. Additionally, Ricky became the first person to sequence RNA directly in space (picture below). We also have more experiments coming up to track DNA mutations in microbes. 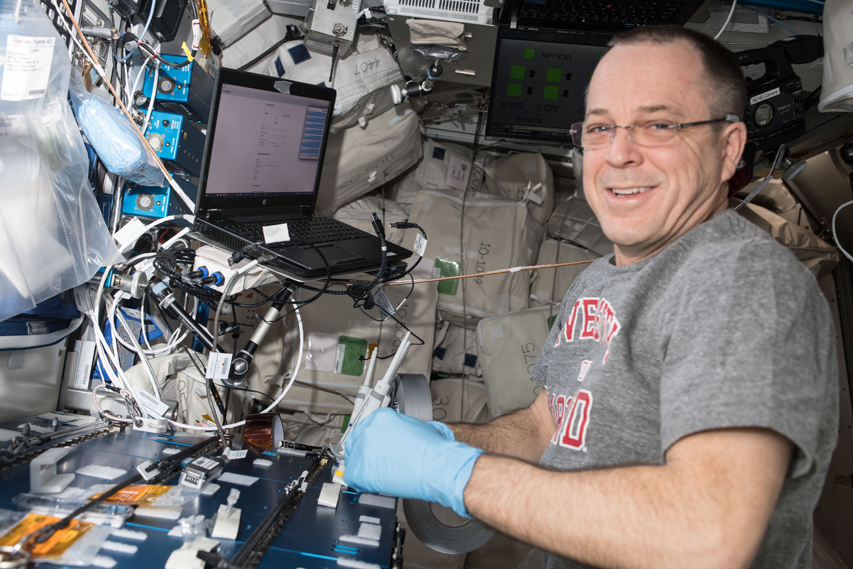 2) How important is it that we can now test microbes in space? How does this help us in space exploration?

The ability to identify microbes in space is huge! Since human spaceflight began, we have not had the means to know what contaminating microbes with which astronauts were sharing their spacecraft. The ability to identify them from any source, including an astronaut, means that we could diagnose infectious disease, determine the best treatment to use, define what should be used to clean a contaminated environmental area, and even know if spaceflight-grown produce is safe to eat. With ISS, we are able to resupply antibiotics and disinfectants, but, as we set our sights toward exploration missions, we will not be able to resupply these items. Therefore, it will be critical to know when to use medications and cleaning supplies and when to save them. 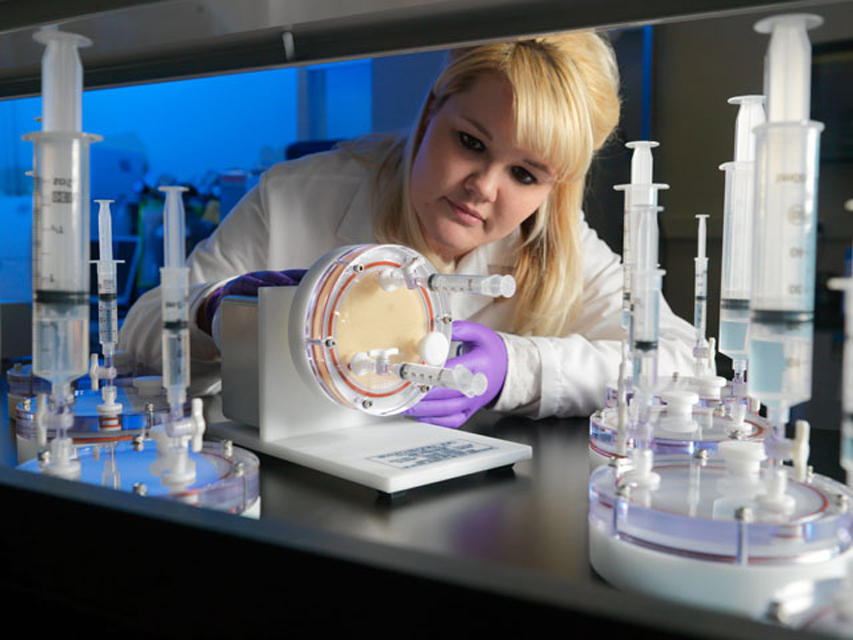 3) How did you get your job at NASA? What part of your job do you enjoy the most?

I have wanted to be part of NASA’s success in space exploration since I was in sixth grade. I went to space camp at the Kansas Cosmosphere and Space Center after both my sixth and seventh grade years. My passion for working for NASA only grew as I continued my education. It was when I was working on my bachelor’s degree that I discovered microbiology. Upon streaking my first plate, I was hooked! It only got better when I started using molecular biology tools to understand microbes. It was in my undergraduate lab at Wichita State University that I discovered the University of Texas Medical Branch (UTMB), which had both an exceptional Microbiology Department and a direct NASA connection. Upon starting my Ph.D. work at UTMB, I was awarded a Space Life Science Fellowship from NASA, which provided me the amazing opportunity to conduct my graduate research in the Microbiology Laboratory at the Johnson Space Center. The exposure to the lab and learning how to conduct research within NASA provided the platform to allow me to successfully transition from graduate student to NASA scientist.

I truly have my dream job! The best part is the ability to have an impact on human spaceflight. There have been many microbial issues that I have been able to work where we have prevented or resolved a potential problem. Also, with the Genes in Space-3 and BEST payloads, we have developed new capabilities that didn’t previously exist. I really feel that the work that my team has accomplished has changed spaceflight microbiology and spaceflight science. It is this direct application of our work that is the best part of my job. 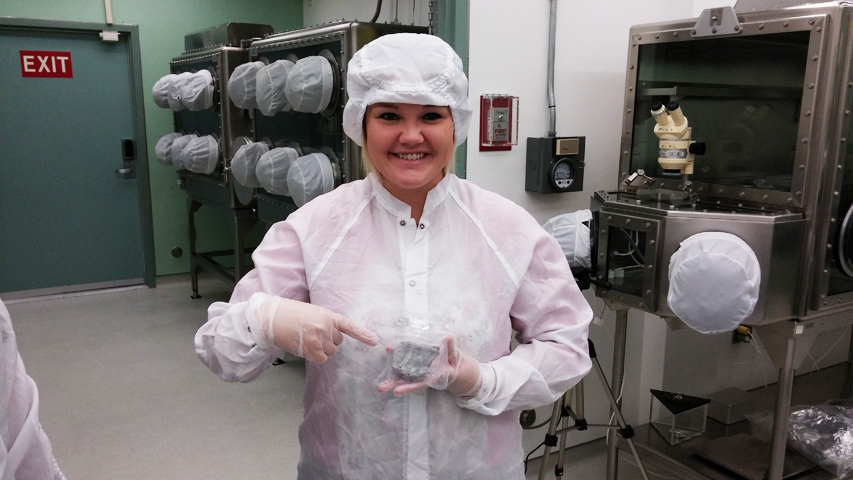 4) Were there any teachers you had as a young student who helped inspire you on your STEM journey?

I can point directly to my sixth grade science teacher, Mr. Jim Lester of the Goddard, KS Public School District, as the reason I am here today. Yes, I have had the support of my family and many amazing mentors, but Jim started it all. He was a teacher that students were lucky to have, but he was more than a teacher. He inspired something in countless students. In addition to the normal science curriculum that simply taught us the order of the planets in our solar system, he taught us the history of NASA. In teaching that history, he conveyed the greatness of what NASA accomplished with the moon landings, which had occurred before our time. To get a bunch of 12 year olds to get goosebumps over a historical event takes something special, and he had it in spades. Jim was more than a phenomenal teacher; he was also a camp counselor at the Kansas Cosmosphere and Space Center. The Cosmosphere is located in Hutchinson, Kansas, which conveniently was less than an hour drive from Goddard. Not only did he take our class there on a field trip, but he also took us on a behind-the-scenes tour of the space camp area. I wonder how many kids went home and begged their parents to send them after our visit? Attending the Cosmosphere’s space camp only cemented my drive to one day work for NASA. (If you are a space enthusiast, you must visit. I promise that you will not be disappointed.) Jim Lester set me on the course to where I am now.

5) What advice would you give students today considering a career in STEM?

I have two pieces of advice for students considering a career in STEM. First, you don’t have to be good at all aspects of it. I can look at a DNA sequence and tell you where different components will bind, but I am pretty bad at math. You just need to figure out what you love and then go for it. Don’t let a weakness hold you back. When you are doing what you love, you will find ways to overcome challenges. Second, with a career in STEM, you will never be bored. Every time you figure something out, it leads to many more questions that can be answered. It is the coolest thing to be the first person to see something new! I have been lucky enough to experience that a few times during my research career. It’s never a dull day! 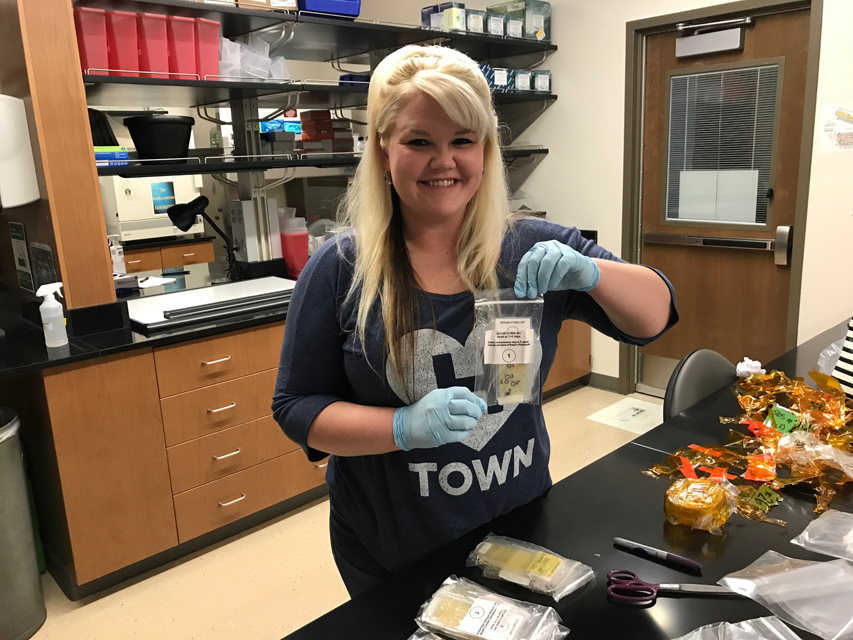 Comments Off on #STEM_Mentor: Interview with Dr. Sarah Wallace of NASA