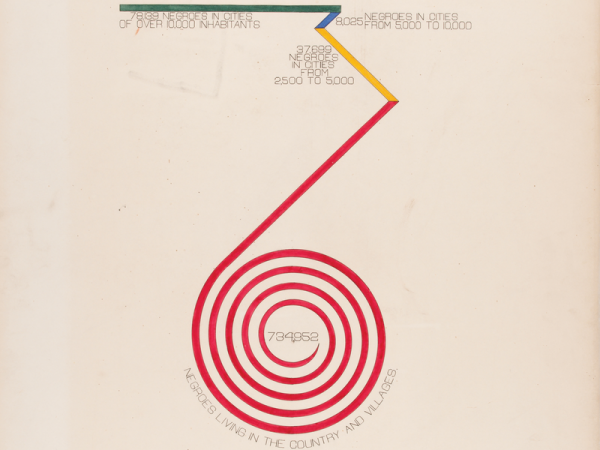 After three decades of emancipation, the gains made by African-Americans, those that existed at all, presented a decidedly mixed picture about the state of racial progress in the country. The political obstacles were voluminous, with the failure of Reconstruction still lingering, and Jim Crow institutional racism ascendant. In 1897, the United States Supreme Court would rule in Plessy v. Ferguson that separate was indeed equal. All the while, new generations of African-Americans found ways to uplift themselves, despite discrimination, through grassroots efforts in education, work and community building.

After graduating with a Ph.D. in history from Harvard University, W.E.B. Du Bois, the prominent African-American intellectual, sought a way to process all this information showing why the African disapora in America was being held back in a tangible, contextualized form. ”It is not one problem,” as Du Bois wrote in 1898, “but rather a plexus of social problems, some new, some old, some simple, some complex; and these problems have their one bond of unity in the act that they group themselves above those Africans whom two centuries of slave-trading brought into the land.”

To accomplish this goal, Du Bois turned to the burgeoning field of sociology. Sociology’s scope in history, statistics, and demographics held the potential to quantifiably reveal “life within the Veil,” as Du Bois called the structural forces of oppressions that separated black and white populations, whether that came to educational attainment, voting rights or land ownership.

Comments Off on W.E.B. Du Bois’ Visionary Infographics Come Together for the First Time in Full Color