Goodbye to the Kilogram — the International Prototype Kilogram 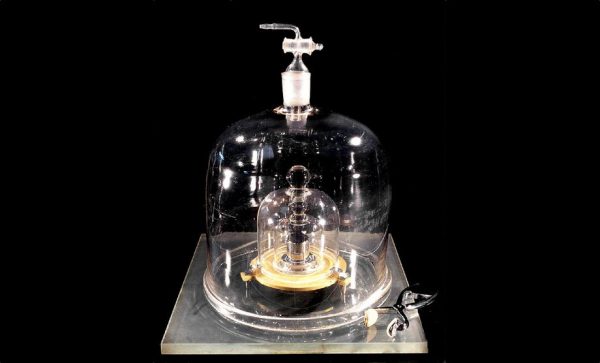 Nearly every measurement of weight you’ve ever made, from peeking at your bathroom scale to measuring out flour for a recipe, can be traced back to just a single object: a metal kilogram made of platinum and iridium that resides under lock and key in an underground vault in Paris. It’s called the International Prototype Kilogram, or IPK, and since its creation in 1889 it has been the standard by which the world’s weights are defined. But not for much longer. 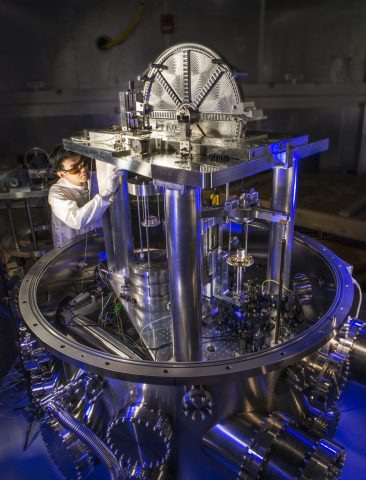 Copies of the IPK are distributed around the world, with countries then creating their own reference weights, as close to the original as possible. These, in turn, are used to calibrate scales and weights throughout every section of society, from labs and factories to supermarkets and bakeries. And, yes, this includes America. The United States uses pounds and ounces instead of kilograms, but these too are calibrated using the International Prototype Kilogram, just like the metric system.

But later this week, on Friday, November 16th, a coup is planned in this international ministry of weights. After having served for 129 years as the world’s standard, the International Prototype Kilogram (or Le Grand K, as it’s known locally) will be stood down. Grandees of the International Bureau of Weights and Measures, which regulates the metric system, will gather in Versailles and vote to replace this physical artifact with a definition of the kilogram based on a fundamental constant of nature.

The switch won’t be noticed by anyone outside of an advanced physics lab, but is a momentous occasion for those involved. “It is the Halley’s Comet of metrology,” says Stephan Schlamminger, a physicist from the US National Institute of Standards and Technology (NIST) who worked on the equipment used for the coming changeover. “It’s incredibly rare that a redefinition of this magnitude happens.”

Comments Off on Goodbye to the Kilogram — the International Prototype Kilogram