The Exercise Connection to Ketones and BDNF 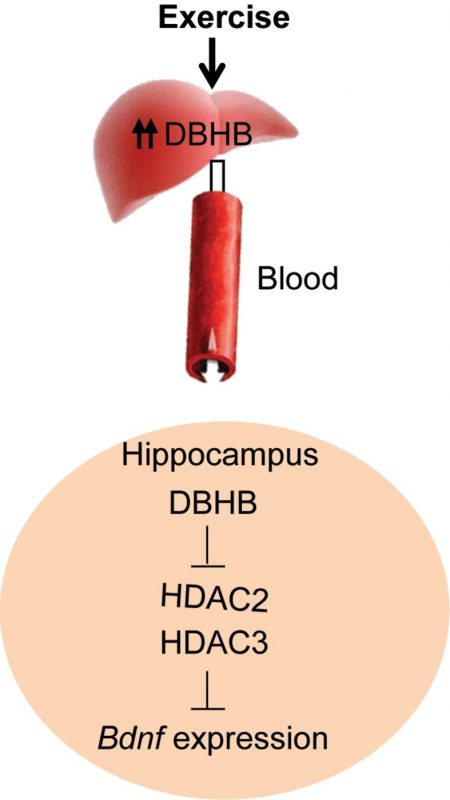 Exercise is already known to be the magic pill that one cannot swallow, but must earn. One amazing benefit to exercising at a moderate pace is cognitive benefits that result from the activity. Understanding the mechanisms behind how our neurons improve their connections (create new synapses) to one and another is complicated. We will look at a two studies that are doing mice research to show a link between BDNF expression and BHB ketone generation.

Study #1 –  Running exercise mitigates the negative consequences of chronic stress on dorsal hippocampal long-term potentiation in male mice
In this 2018 study mice were separated into four groups to determine the effects of stress on exercised versus sedentary animals. The four groups were:
After a month the animals hippocampi was examined to see how many messages could jump between isolated cells. The runner mice that were not exposed to any stress were able to pass the most messages while the stressed with no exercise were passing the least. The mice that were running and stressed looked much liked the ordinary mice which was not running or stressed. Exercise seemed to make their synapses stronger and buffered the negative effects of the stress. Significant changes in BDNF expression was detected. 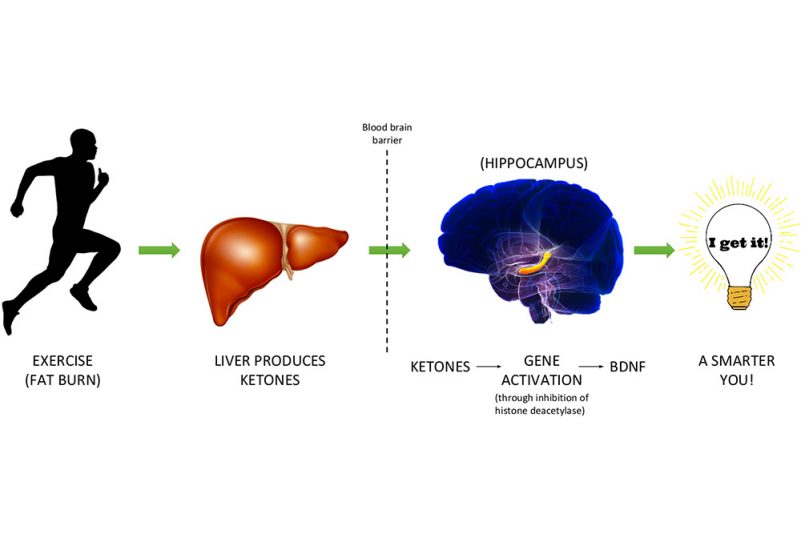 Study #2 – Exercise promotes the expression of brain derived neurotrophic factor (BDNF) through the action of the ketone body β-hydroxybutyrate
Another mouse study was done in 2016 which involved directly observing and even adding DBHB (ketones) to the brain witnessed increase in neurotransmitter release. This study creates a link between longer endurance exercise (which burns fat and generates BHB ketones) and the release of BDNF. Once again the mice are split into two different groups. One group was allowed to run for 30 days and another control group of mice was sedentary. The exercising mice had higher levels of BDNF than the control. The hypothesis was that the exercise mice were producing a chemical that “inhibits the histone deacetylases” which was proven two different ways. The first was detecting increased levels of BHB in the blood of mice then separately injecting BHB directly into the mice brains to see an increase in BDNF production.

Comments Off on The Exercise Connection to Ketones and BDNF