Why Stepping on LEGOs is Painful 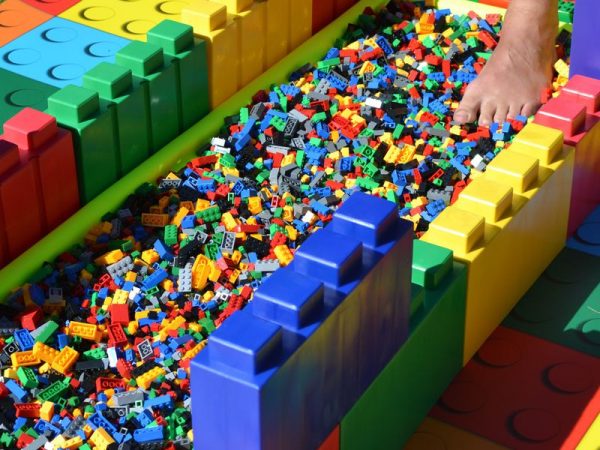 The Firewalk went viral and within a few weeks, other stores and events across the country were hosting similar walks. Sir Troy’s Toy Kingdom in North Canton, Ohio, the largest independent toy store in the state and a kind of regional mecca for Lego fans, was one of the earliest and most-wholehearted adopters. Not long after Bull Moose’s event, the store was contacted by a local library that was hosting a screening of The Lego Movie in the park; they wanted to know if Sir Troy’s could help them pull one off for the screening. The store constructed an eight-foot-long, two-foot-wide board piled high with 40 pounds of Legos, mostly bricks and worth around $1,000.

“Now we’ve got this long walk, where are we going to store it? So we decided to put it out in the store,” says Heather Marks, head of marketing for Sir Troy’s. The Firewalk is now nearly as popular as the working Lego train set that also lives in the store, and it’s a fixture at in-store birthday parties. Because it’s somewhat portable, they can bring the walk to events and festivals; at a recent gathering, more than 300 people did the challenge. Marks also said that they installed a massive commercial sink in the back of the store just to be able to wash the thousands of Legos. People drive from hours away just to walk barefoot over sharp, pointy bits of plastic—or rather, to get their kids to walk over them: “The reception was very warm, because this was every parents’ revenge.”

Comments Off on Why Stepping on LEGOs is Painful