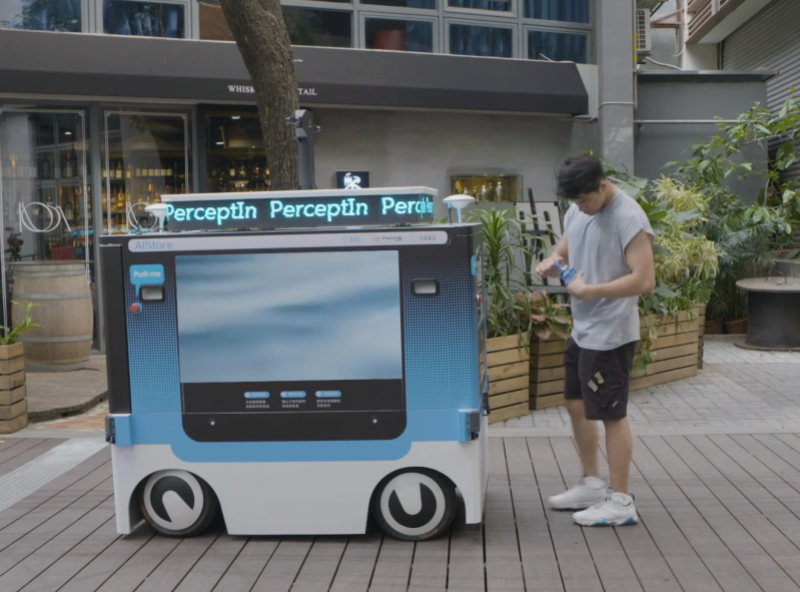 The mini-shuttle sports four displays — two smaller screens on the front and rear and a pair of widescreen monitors on either side — plus a scrolling message board up top. It prominently features a tactile button that activates the aforementioned vending machine, which spits out the beverage or other merchandise of the operators’ choosing. And thanks to a bevy of vision sensors and an AI-infused software platform, it can be hailed with arm gestures from passersby.

PerceptIn has deployed a number of prototypes in an industrial park campus in Shenzhen, China, built on top of its modular self-driving tech. They’re powered by Nvidia’s Jetson platform and equipped with four high-definition RGB cameras, radars, ultrasound sensors, and GPS, in addition to odometry sensors that count the number of rotations completed by each wheel. With the odometry data alone, the company can pinpoint the Intelligent Advertising Vehicle’s location to within 20 centimeters, and adding cameras to the mix enables them to construct a panoramic point cloud at 30 frames per second.