The DIY Tinkerers Harnessing the Power of AI 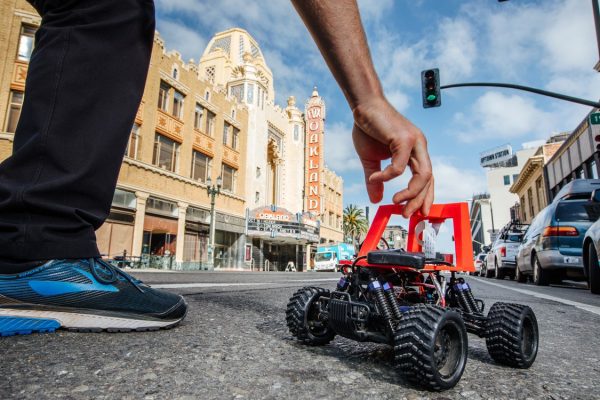 IN LATE WINTER of 1975, a scrap of paper started appearing on bulletin boards around the San Francisco Peninsula. “Are you building your own computer?” it asked. “Or some other digital black-magic box? If so, you might like to come to a gathering.”

THE INVITE DREW 32 people to a Menlo Park, California, garage for the first meeting of the Homebrew Computer Club, a community of hobbyists intrigued by the potential of a newly affordable component called the microprocessor. One was a young engineer named Steve Wozniak, who later brought a friend named Steve Jobs into the club. “It was a demonstration that individuals could make technological progress and that it doesn’t all have to happen at big companies and universities,” says Len Shustek, a retired entrepreneur who was also in the garage that first night. “Now the same thing is happening for artificial intelligence.”

Since 2012, computers have become dramatically better at understanding speech and images, thanks to a once obscure technology called artificial neural networks. True mastery of this AI technique requires powerful computers, years of research experience, and a yen for deep math. If you have all those things, congratulations: Chances are you’re already a well-remunerated employee of Amazon, Facebook, Google, or the other select few giants vying to shape the world with their massively complicated AI strategies.

Yet the battle for AI supremacy also has littered the ground with tools and spare parts that anyone can pick up. To draw in top-flight scientists and app developers, tech giants have released some of their in-house AI-building toolkits for free, along with some of their research. Hackers and hobbyists are now playing with nearly the same technology that’s driving Silicon Valley’s wildest dreams. “High school students can now do things that the best researchers in the world could not have done a few years ago,” says Andrew Ng, an AI researcher and entrepreneur who has led big projects at Google and China’s Baidu.

Comments Off on The DIY Tinkerers Harnessing the Power of AI