A Walking Tour of Manhattan’s Rock ’n’ Roll Past: the 2000s #MusicMonday 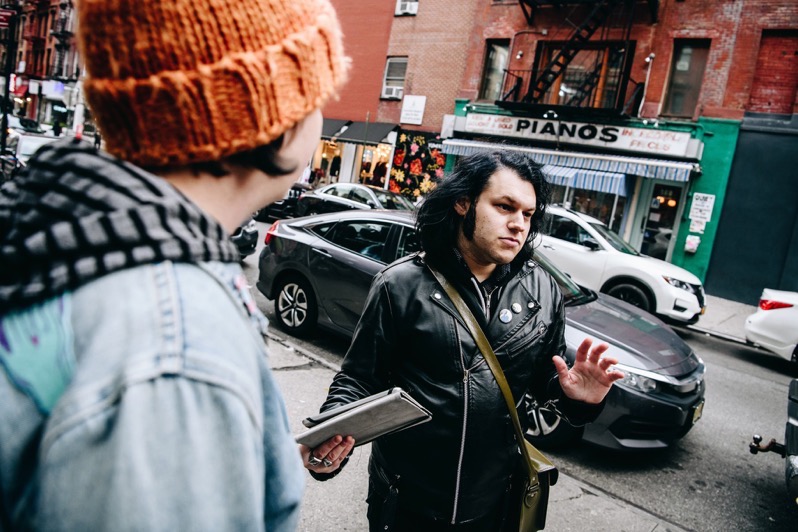 Seventeen years ago, Manhattan was still the kind of place where a musician could arguably become more famous just by being seen out on the town every night. So the Strokes were especially lucky to find a place to record their first album that was just across the street from 2A, one of their favorite bars in Alphabet City.

“They spent supposedly as much time there as in the studio,” said Jesse Rifkin, standing outside a graffiti-covered doorway on East Second Street that once led to Transporterraum, the basement-level recording studio where the Strokes mined the area’s rock history on their 2001 debut, “Is This It.” “They made a point of going out every night as a unit — all five of them — to every cool bar that they could think of, so that people would see them together and be like, ‘Oh, it’s those guys.’”

Comments Off on A Walking Tour of Manhattan’s Rock ’n’ Roll Past: the 2000s #MusicMonday