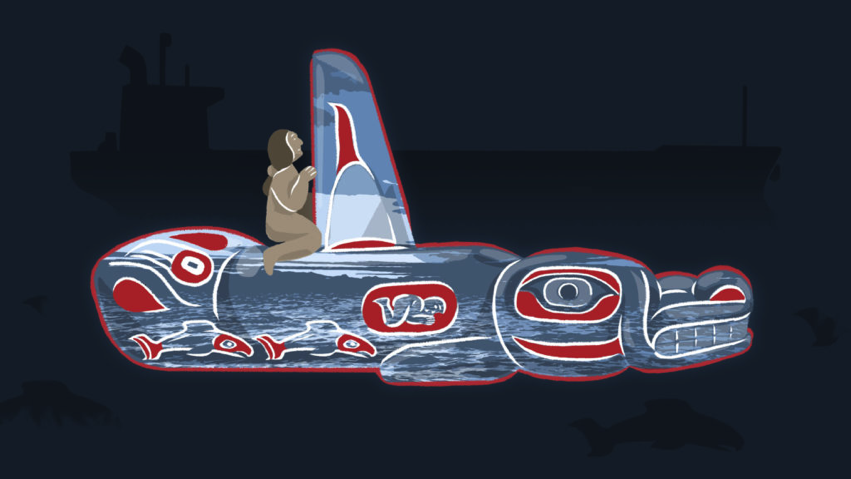 From The Natural History Museum:

The House of Tears Carvers of the Lummi Nation has been traveling with a 3,000 pound carved whale totem to raise awareness about the plight of killer whale–one of the Lummi’s most revered relations. For the Lummi and many other Coast Salish tribes, families are sacred and killer whales are kin. Qw’e lh’ol mechen, the Lummi word for killer whale, translates to “our people that live under the sea”.

Whale People: Protectors of the Sea brings the whale totem into a museum for the first time, where visitors are invited to lay hands on it as thousands of others have on its journey. Alongside the totem is a selection from the Florida museum’s collection of historical northwest coast totem poles depicting the whale. A seven-channel 90-foot-wide immersive floor-to-ceiling video installation features spectacular underwater footage of the orca, and the voices of Indigenous elders communicate a message that was at the heart of the totem’s journey: what we do to the waters we do to ourselves.

Comments Off on Whale People: Protectors of the Sea at the Florida Museum of Natural History December 8, 2018 — May 5, 2019