InSight Shares the First Pic of its Martian Surroundings 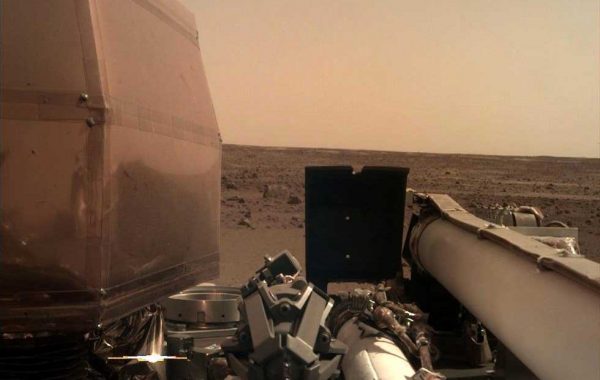 Those first signals were relayed to Earth by the Mars Odyssey orbiter and were received on Earth at 5:30 pm PST yesterday. Odyssey later sent a pair of images to Earth from InSight that showed its landing site. Currently, the batteries Insight uses for operations are charging. Surface operations are scheduled to begin today along with the instrument deployment phase of the mission.

InSight gathers energy from the sun via twin 7-foot wide solar arrays. NASA says that when these arrays are open, the lander is about the size of a large convertible car from the 1960s. Those solar panels can provide 600 to 700 watts of power on a clear day, roughly enough juice to power a household blender. The giant solar panels are expected to produce 200 to 300 watts of power even when covered in dust.