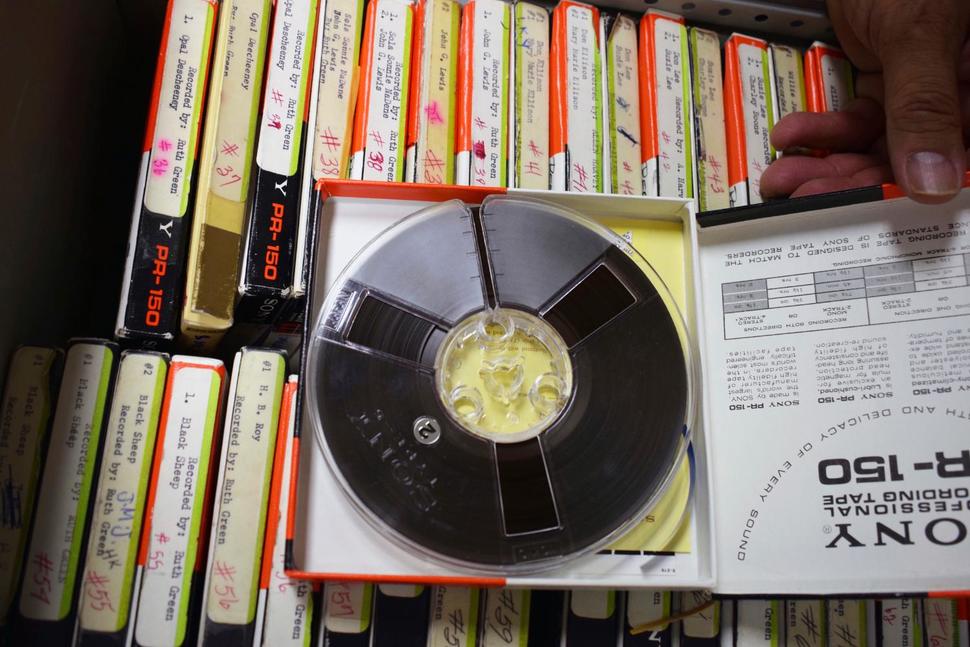 From U.S. News and World Report

About five decades have passed since Etsitty Bedonie talked about the “Beginning of the Enemies.” His account about the enemies of the Navajo, as he heard it from his grandfather, was recorded with a reel-to-reel magnetic tape recorder, most likely, at Bedonie’s home in the Crownpoint area around 1969…. Bedonie’s oral teachings, and those of other 450 elders, are preserved in more than 1,700 tapes currently stored in a special collection room inside the library at the Navajo Nation Museum in Window Rock.

“This whole effort was a way to preserve the culture, the language and the belief system of the Navajo by putting it into reel-to-reel tapes,” said Deswood Tome, whose biological mother, Ruth Morgan Green, was part of the group of interviewers. She eventually became program director. “They went out and recorded more than 1,500 reel-to-reel tapes and spoke to several hundred men and women, they called them informants, but they were medicine people. They recorded chants, ceremonies, the stories, and a lot of that is in Navajo language that is archaic. A modern day Navajo speaker would probably have difficulty with it.”