Space Weather Being Made in a Lab 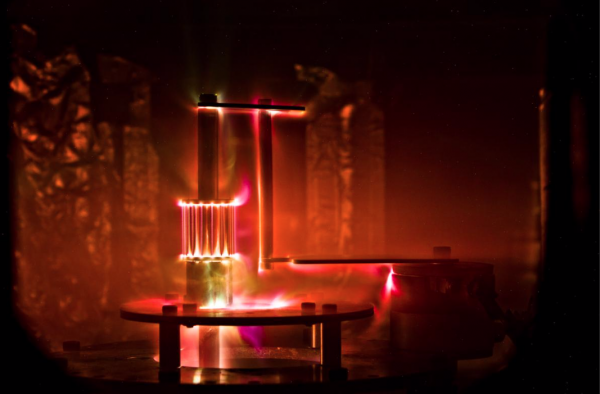 Launched in August, NASA’s Parker Solar Probe is now spiraling toward the sun on a mission to understand the solar wind, a supersonic soup of charged particles and magnetic field lines that our star sends streaming into space. Through 24 ever-shrinking orbits, the probe will eventually get within four million miles of the sun’s surface, allowing it to witness the source of the wind in spectacular detail.

Meanwhile, down here on Earth, a team of scientists is using a defunct nuclear fusion device to re-create the sun’s windy emissions with unparalleled realism.

The sun keeps the planets in its orbit. What would happen if it disappeared entirely? Learn about the star at the center of our solar system, and how it is critical to all life as we know it.
The Mega Ampere Generator for Plasma Implosion Experiments, or MAGPIE, is a two-storey machine within the labyrinthine basement of Imperial College London. Inside, a box-sized crucible resides at the heart of a collection of giant tubes. Every now and then, for half a millionth of a second, it literally explodes into life, releasing a burst of miniaturized solar wind that scientists can study as it interacts with its magnetic target.

Comments Off on Space Weather Being Made in a Lab