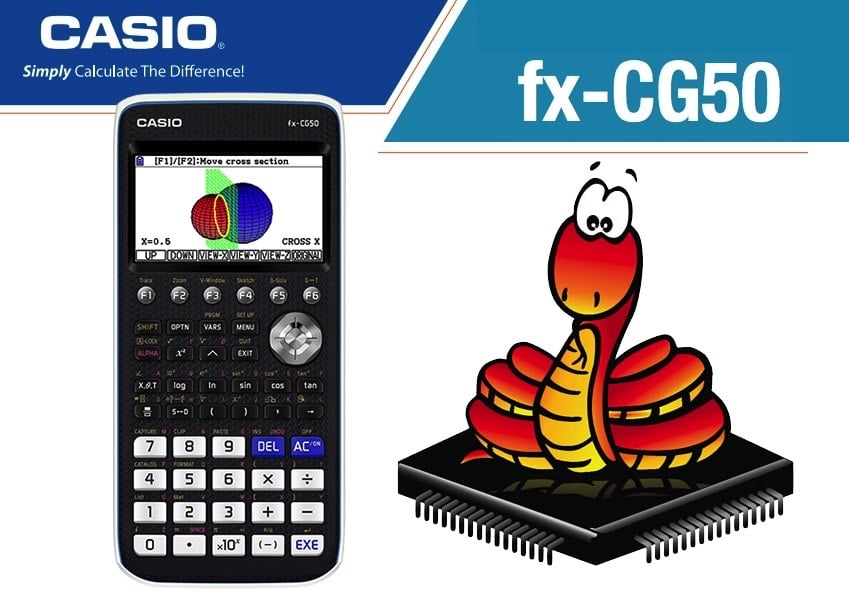 CASIO’s Graphing – fx-CG50 PRIZM calculator is the second calculator that we know of that is running a port of MicroPython. The first one we saw was NumWorks (we stock it), it runs MicroPython 1.9.1, the operating system is called epsilon. And now there are two, this may be a trend. 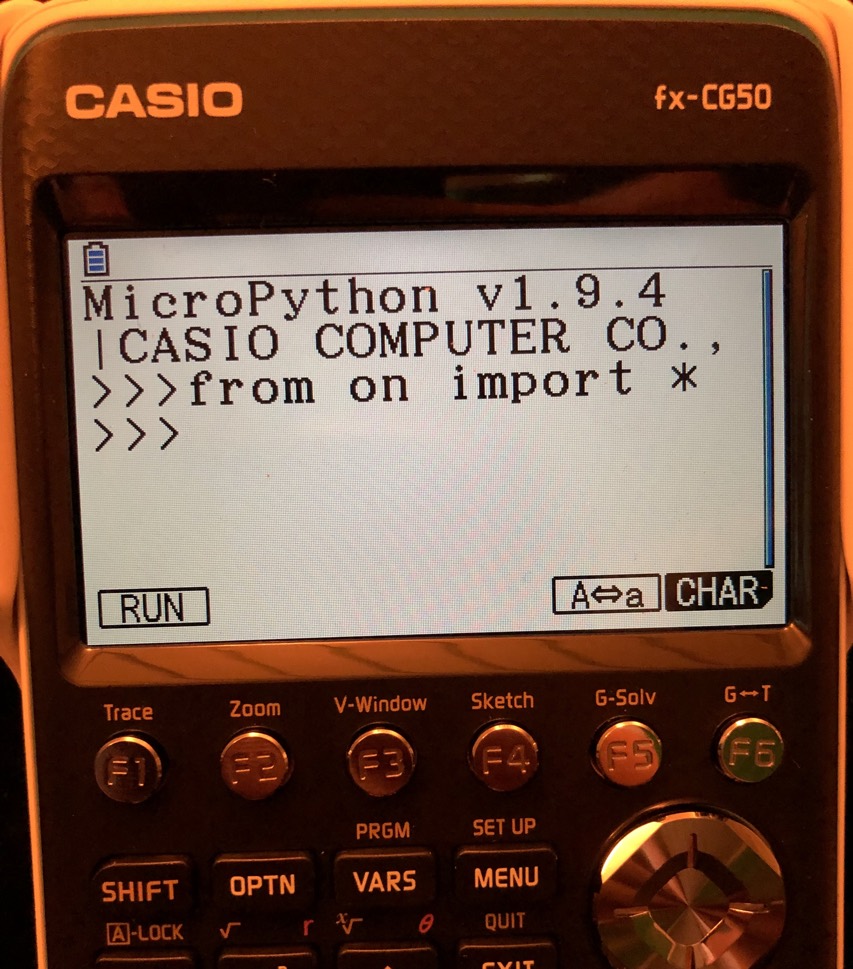 CASIO’s Graphing fx-CG50 PRIZM calculator also runs MicroPython, slightly different version, 1.9.4 . The USA one that is shipping has this pre-installed, at least it was on mine which is running the CASIO version OS 3.20.0202. On Twitter I saw that CASIO Japan has an update that can be downloaded to add Python support for the Japanese version. On page y-1 of the manual it has the license information for MicroPython (MIT license). On the MicroPython forums it looks like there is some discussion about the CASIO MicroPython port, not sure for which calculator though.

I tried to do “import uos” and that module is not supported, looks like just “math” and “random”. 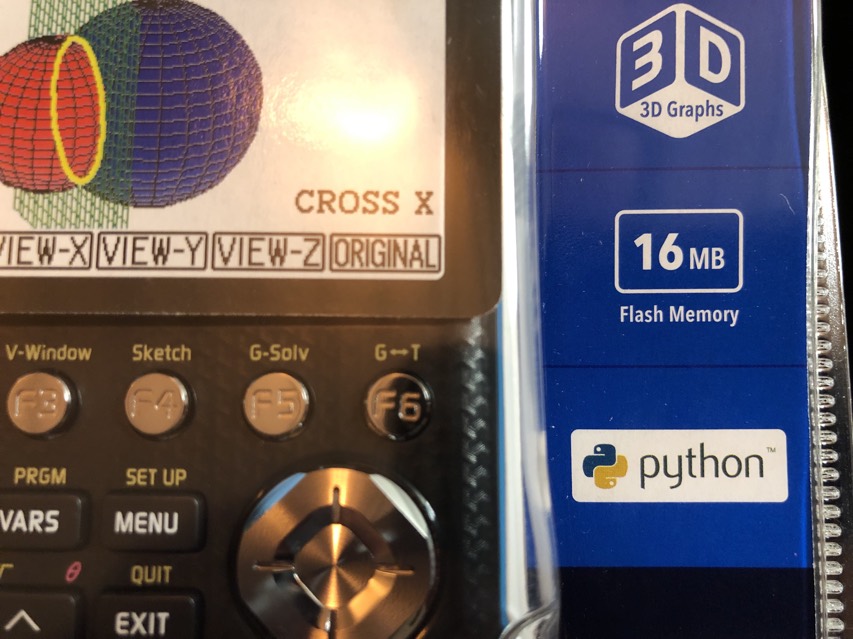 The physical packaging for the USA model features the Python logo… 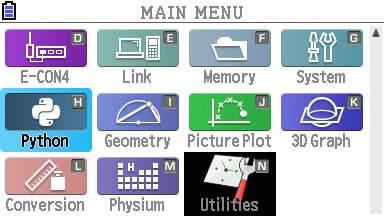 …and it’s on the menu screen. 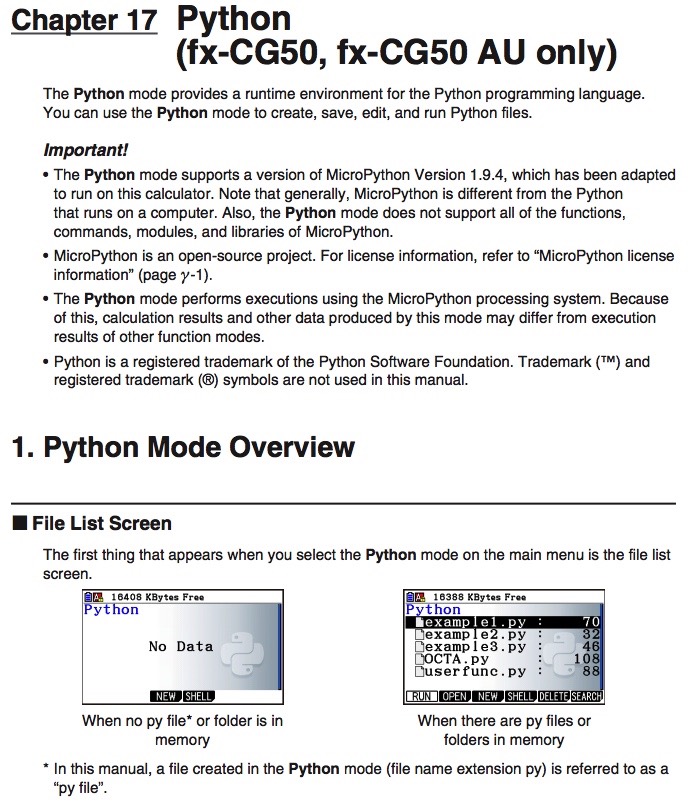 In the manual on page 17 it refers to MicroPython.

My favorite feature is going to Connection mode, USB Flash after plugging in the USB cable, and the CASIO storage shows up like a USB drive (like CircuitPython!) from there you can edit/save Python (.py) files for running on the calculator. The VID/PID is – idVendor: 0x07CF / idProduct: 0x6102, 0x0409: “CASIO MassStorage Device” 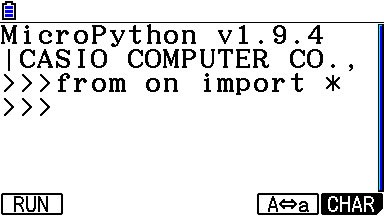 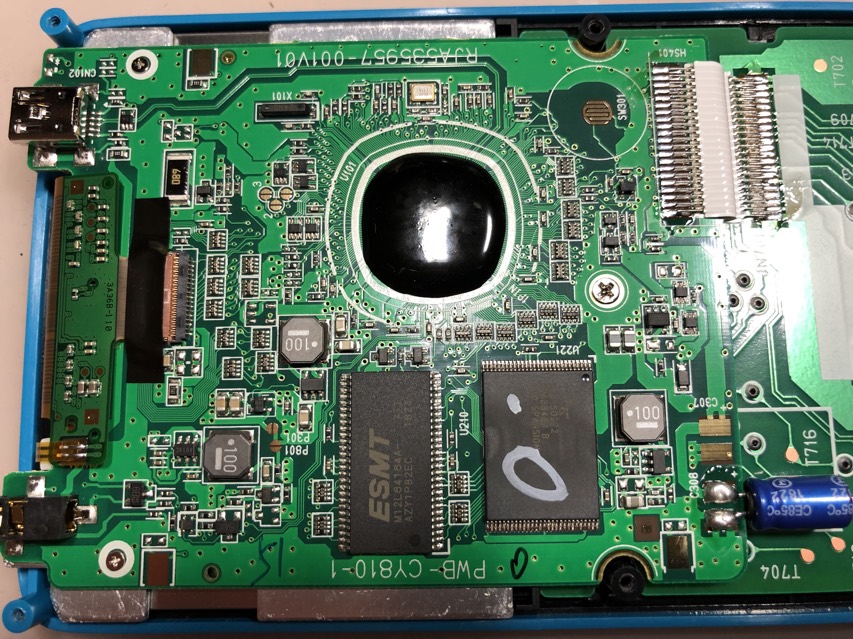 I’m not sure what chip it uses, current guess is a Renesas CPU. There are some CASIO hackers out there, while it’s unclear what is supported on this newer calc, these add-on utils worked.

This is what came up for the system info using the util. 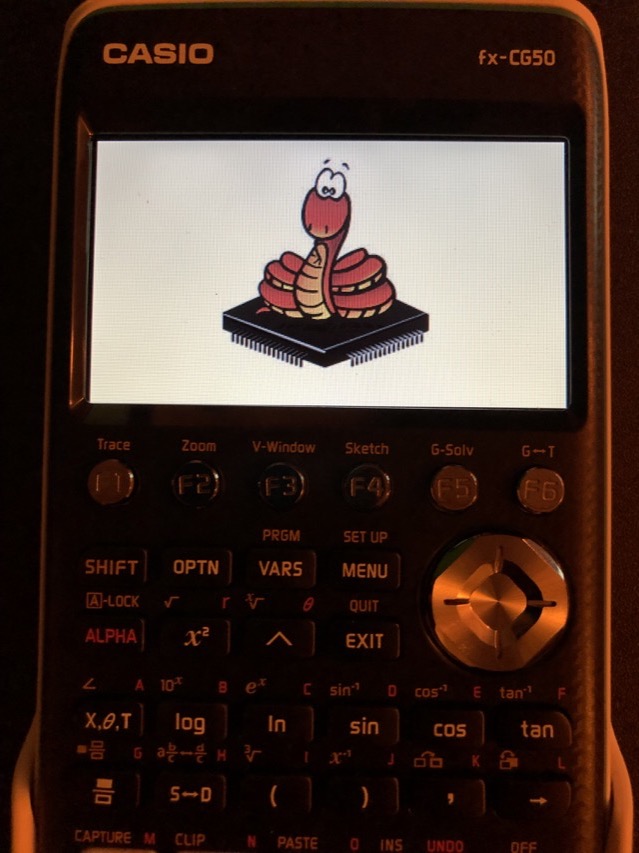 The imageviewer works too – GitHub.

Anyhoo, this calc is used often for AP, SAT, SAT Subject, PSAT / NMSQT, ACT & IB. Cool to see Python as the programming language supported. Here’s what CASIO says about it…

With the advanced features of a next-generation graphing calculator, the fx-CG50 PRIZMTM will support students and educators through middle school and high school and into college. With Natural Textbook Display and an intuitive icon-based menu, students will find the PRIZMTM incredibly easy to use and its brand-new 3D Graph Drawing and improved catalog function allows for greater engagement and real-life application in the mathematics classroom.

There is a desktop version of the calculator which is used by educators to teach/show how it’s used. It does not have the MicroPython port in it (downloaded and checked, that would have been interesting, MicroPython inside the app, on Mac/Windows) –

fx-CG50/CG20 Series Calculator Emulation
You can operate fx-CG50/CG20 on your computer. Operations are the same as when using physical fx-CG50/CG20. You can do it in the classroom using a Projector or when preparing teaching materials.