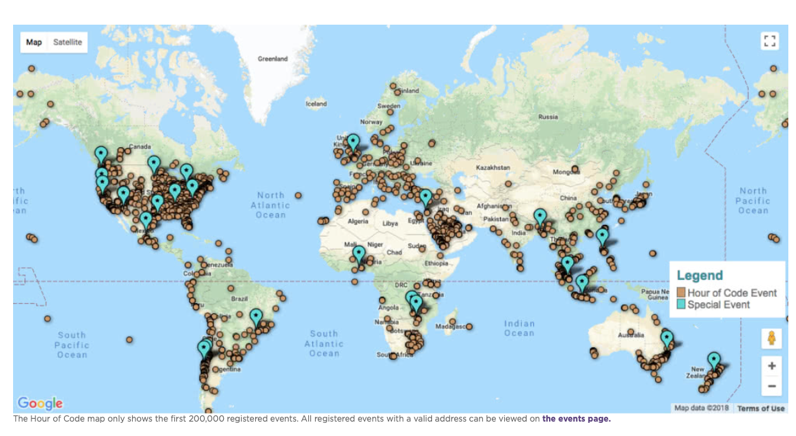 In the last few days, twitter has become jam-packed with joyous photos and videos of coding kids! Many thanks to the educators around the globe for sharing. It sure is swell to see the next generation of young engineers in action. To get an idea of just how many educators got involved this year, check out the above map from the official Hour of Code site.

We’ve rounded up some of the posts for you here:

Congrats to these fine ladies for completing their first hour of code @codeorg @CoteeRiverElem #hourofcode2018 pic.twitter.com/VZo7Hnmr1m